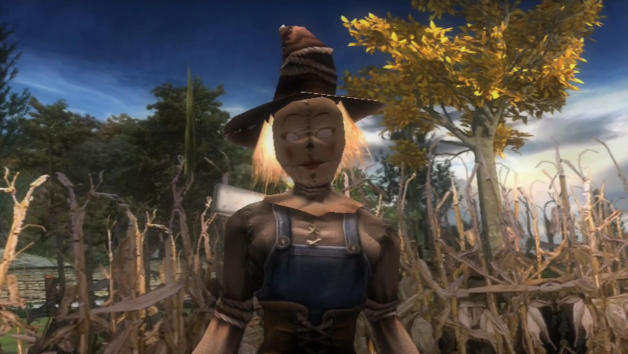 The gaming industry was served when Chair Entertainment launched Infinity Blade as the first iOS game built around the Unreal Engine. A number of iOS games utilizing the engine are now being developed, including Dream:scape that TouchArcade spotted today. The game puts you in the shoes of “a coma patient unlocking his past by exploring the dreamscape of his memories,” the publication explains.
Being developed by an indie developer, Dream:scape looks as a high-profile, big budget release, courtesy of the same Unreal Engine that powers Infinity Blade. It sports over 30 acres of explorable landscape and fully realized interior settings, with a bunch of secrets and new areas to discover throughout the game. More info plus awesome in-game footage right below the fold.
Expect the lush original score, over ten minutes of dramatized audible dialogue and diary entries that will help narrate the story as the game progresses. The game will be available for the iPhone and iPad soon, the official YouTube channel promises.
Dream:scape will join the likes of Infinity Blade, which was recently updated with juicy iPad 2 graphics, and Gameloft’s upcoming N.O.V.A. – Near Orbit Vanguard Alliance, the first of their three planned Unreal-powered releases in 2011.
Another showcase game worth mentioning is id Software’s RAGE HD which runs a version of the id Tech 5 engine.
0
SHARES
FacebookTwitter
GoogleLinkedinPinterestWhatsapp