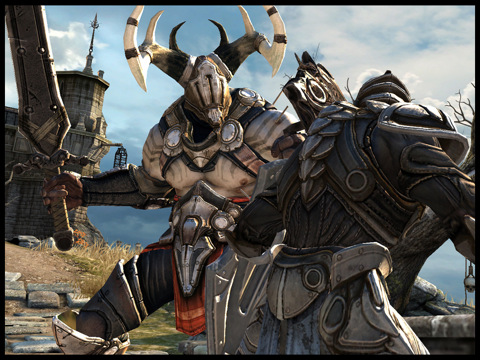 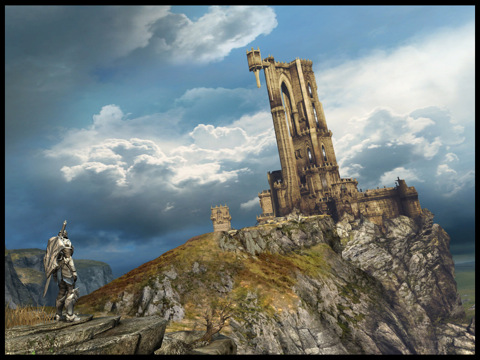 Infinity Blade is the killer app Apple fans usually run on their iPhone or iPad to showcase the graphical prowess of iOS gadgets to their Android-toting friends. It’s arguably one of the best iOS games around and thus far the only title based on Epic’s Unreal Engine. Developer Chair Entertainment has kept the game alive with two big content updates. Today’s third and most ambitious update has brought us brand new multiplayer and survival modes in a 584MB download. You can fight your friends over the Internet via Game Center’s match-making feature, compare your respective scores, check out your unlocked items and so forth… 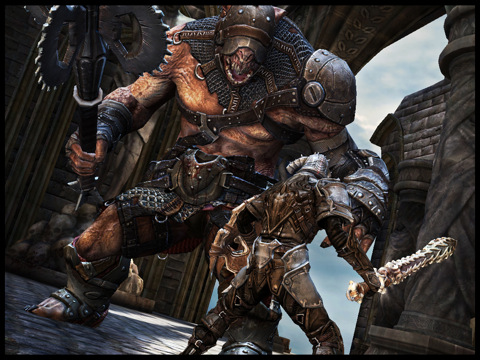 The multiplayer battles for supremacy are set in the new Arena section. You can choose between a titan character or a knight, while your opponent gets the other character. Those looking to kill a few minutes of their time will love the new survival mode which pits you against the legions of titans and puts your sword-fighting skills to test without the added burden of character management. As if two new gameplay modes weren’t enough, Chair is spoiling us with over two dozen new magic rings, swords, shields and helmets. New achievements and a new helm for every season add up to the impressive value proposition of this must-have package.
Infinity Blade costs three bucks, which is a steal for such a high-quality game that supports both iPhone and iPad with a single download and taps iPad 2′s nine times faster graphics.
0
SHARES
FacebookTwitter
GoogleLinkedinPinterestWhatsapp