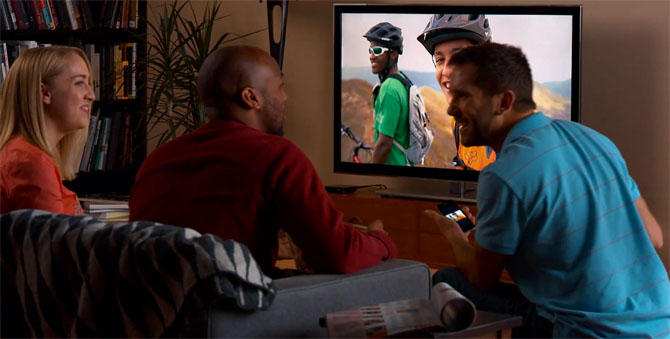 AirPlay, a technology from Apple that beams media from iOS devices to the $99 Apple TV set-top box with no setup required, is allegedly coming to your television set, reports Bloomberg. The Cupertino firm is reportedly “weighing” to license AirPlay technology to third-parties for use in TV sets, enabling users to wirelessly stream movies, photos and music from their iPhones, iPads and iPods to compatible television sets. First devices are expected this year, the story has it. The report goes on to note that, if successful, such a move would spur greater popularity of Apple’s gadgets in the living room:

An expanded AirPlay would let users stream programming wirelessly from an Apple mobile device to a TV that carries the technology. That may spur wider use of Apple’s services and devices in consumers’ living rooms.

Philips, Pioneer and other consumer electronics giants the publication talked to are said to welcome the initiative. I don’t know about you, but I see a multi-billion dollar ecosystem being created around AirPlay where the company becomes a big player in gaming without even making own gaming console. How’s that, you ask.
When Apple launched AirPlay last September, they made some noise by announcing licensing deals with the makers of wireless speakers, digital receivers and other living room gear. Companies like Denon, Marantz and JBL are reportedly paying a licensing fee of four bucks per each device sold with audio AirPlay streaming capabilities.

The initiative resulted in a rather small number of AirPlay-compatible equipment from third-parties. That’s not to say AirPlay failed. The recently released iOS 4.3 enabled AirPlay video streaming from web sites, third-party iOS programs and Apple’s own Photos app. If you ask me, all pieces are falling in place and this rumored AirPlay video licensing is a good thing for Apple fans on many levels. 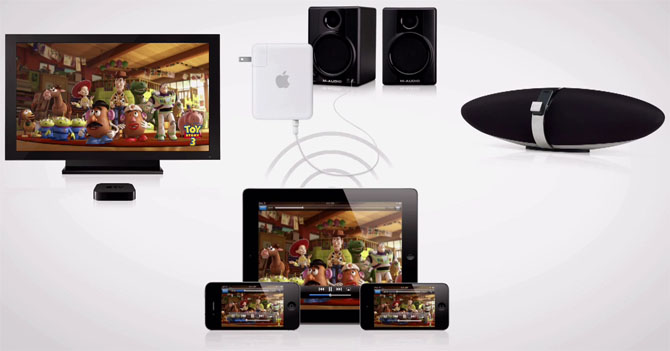 For starters, it’s bound to push AirPlay into mainstream and enable tighter interplay between Apple’s gadgets and your living room gear. Deep AirPlay support in third-party iOS apps will put awesome iPhone and iPad games on supported TV sets. Heck, it’ll put the iTunes Store, App Store and iBookstore on your tube. How FaceTime video calling on your big screen TV? I’m telling you, there must be an Apple-branded television in the cards down the road.
0
SHARES
FacebookTwitter
GoogleLinkedinPinterestWhatsapp