Apple today rolled out a new advertising theme for the iPad on its website, highlighting a number of reasons why people love their iPads. The campaign follows on a similar one for the iPhone that launched a couple of weeks ago. 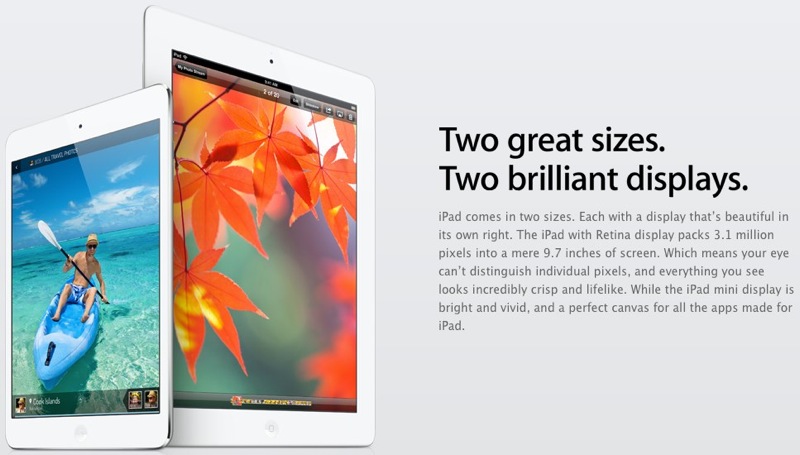 The ‘Why iPad’ pages mention positive J.D. Power rankings for the device, percentages of companies and school districts using the iPad, the 300,000 apps available for the iPad, the quality of the materials used in building it, the Retina display for the iPad as well as the smaller size of the mini, 10-hour battery life, and the two cameras built into the devices.

It’s unclear why Apple waited to launch the ‘Why iPad’ page rather than launching it simultaneously with the companion iPhone page. The campaigns seem to be in response to an advertising blitz from Samsung that has shown some gains for the company in the past year.