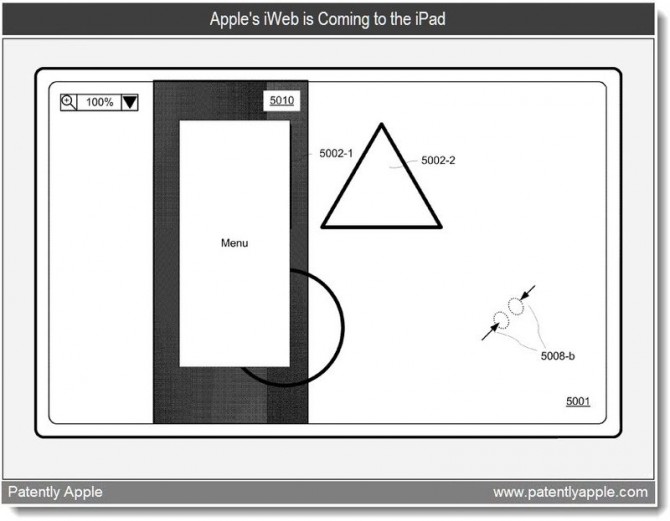 Apple has already ported over popular Mac apps like Photo Booth, iWork, and Garageband to the iPad’s touch interface and now it looks like Apple is working on a new app: iWeb for iPad. Patently Apple discovered the patent, which details iWeb for iPad as an application “designed to work with gestures.” We picture gestures like those found in iWork: pinch to resize, swiping, etc.
Details are scarce at this point but to us iWeb for iPad makes perfect sense. From the website management perspective there have been countless times where I have needed to update an iWeb site on the go. Perhaps this application will sync with the Mac varient and have a very similar feature set. If iWork and Garageband are any indication it surely will. Speaking of iWeb, the iLife application was last updated in early 2009 with iLife ’11 only including new versions of iMovie, iPhoto, and Garageband. Hopefully iWeb for iPad means a new Mac version is coming, too.
At this point we won’t speculate on a release time frame for the application but in terms of patterns, Apple debuted iWork for iPad at the original iPad event and Photo Booth, Garageband, and iMovie at the iPad 2 event. Patently Apple also details an Apple patent for a ‘Smart Pen’ stylus, but we already know that will never hit the market. “If you see a stylus they blew it” – Steve Jobs.
0
SHARES
FacebookTwitter
GoogleLinkedinPinterestWhatsapp