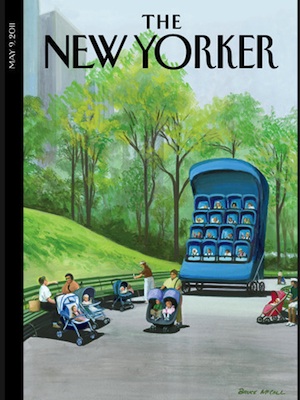 The flood of news regarding companies rolling out support for in app subscriptions for their magazine content continues today with a report from the New York Post claiming that Conde Nast is set to launch the subscriptions for eight of its titles. The New Yorker is said to be the first to gain the feature, beginning next week.
Conde is expected to make the New Yorker available next week to capitalize on coverage of Osama bin Laden’s death.

But by the end of the May, Conde will have the seven other magazines that are currently selling single-copy-only editions on the iPad available via subscriptions, including Wired, Golf Digest, Glamour, Vanity Fair, Self, Allure and GQ.

As part of the rollout, Conde Nast will drop single-issue digital prices to $1.99 from the existing $3.99 and $4.99 price points, and new annual subscriptions will be priced at $19.99. Subscribers to the print editions of the eight Conde Nast magazines available on the iPad should also receive free access to the digital editions.

News of Conde Nast’s decision to join the in app subscription program comes just two weeks after reports surfaced claiming that the company was seeking to slow down its plans for iPad magazines amid weak demand. But with Time Inc. testing the waters with free access to iPad editions for existing print subscribers and Hearst Corporation going all in with full subscriptions through the in app subscription system, Conde Nast has apparently come onboard in order to remain competitive, providing Apple with significant momentum for the platform.