Google has updated the YouTube for iOS app, adding native support for the iPad and the iPhone 5, as well as full support for streaming videos via AirPlay, reports The Next Web. 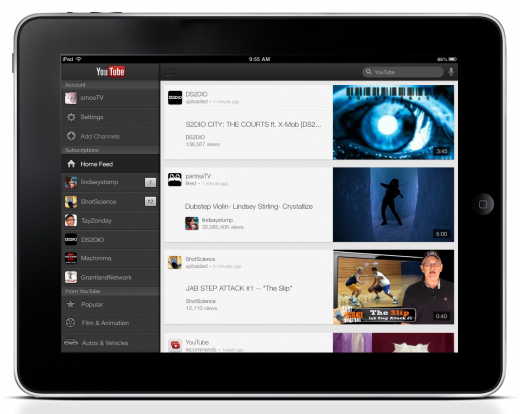 Google’s Horia Ciurdar says that more than 25 percent of all YouTube watching happens on mobile. Since the launch of the YouTube app back in September, Ciurdar says Google has “been hard at work to improve the app based on your feedback.”

Now the YouTube app will get ‘enhanced’ AirPlay support, letting you shoot your videos over to your Apple TV. Videos are also said to start faster and play more smoothly. Google has also improved VoiceOver support for those with visual impairments.