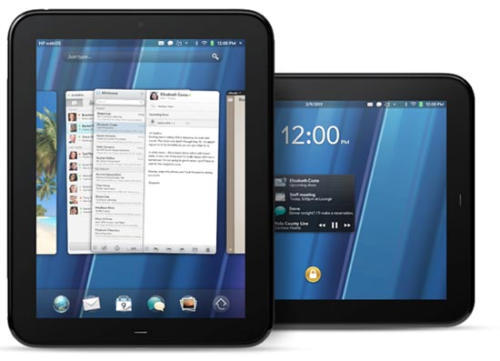 Computer maker Hewlett-Packard is adamant that its family of mobile devices built by the former Palm team and powered by the webOS operating system will eventually overtake the iPad and become “better than number one”. Matt Warman of The Daily Telegraph has this quote from HP’s European head Eric Cador who says HP’s upcoming Touchpad will become “number one plus”:

In the PC world, with fewer ways of differentiating HP’s products from our competitors, we became number one. In the tablet world we’re going to become better than number one. We call it number one plus.

Didn’t anyone tell HP that the battle in mobile is essentially coming down to Apple versus Google? This is the second time HP lashed out at Apple. In March, their senior vice president similarly spelled doom for Apple’s supposedly closed ecosystem, saying “Apple is great if you’ve got a lot of money and live on an island”.
A spokesperson for HP said there would be“thousands” of apps for the Touchpad which runs programs built using web technologies like HTML5, CSS and Javascript. Their device will launch in the UK with Last.fm, Sky and the Guardian as the flagship app partners, the paper reported. HP, however, is going to need much more than a few ordinary apps to compete with the 70,000 iPad-optimized programs and the increasing software library of apps for Android Honeycomb tablets.
0
SHARES
FacebookTwitter
GoogleLinkedinPinterestWhatsapp