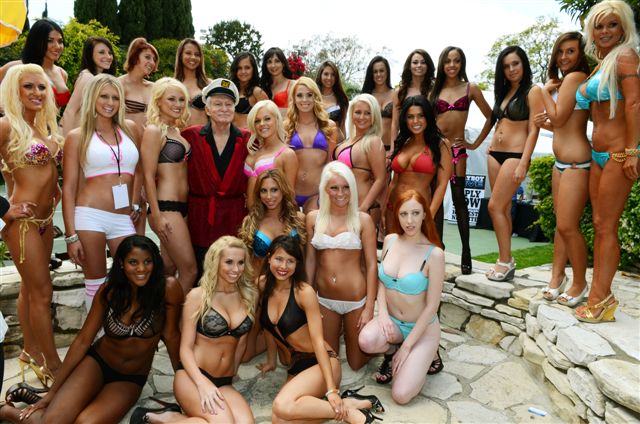 Would you believe me if I told you a year ago that the Apple police would have reverted its stance on the App Store nudity?  Well they didn’t. Yes, some boobs are now OK, but undesirable Playboy bunnies are not. That didn’t stop Hugh Hefner, the founder and namesake of the Playboy empire, to find a clever solution.
Just as he promised earlier this year, you can now enjoy the legendary magazine on your iPad. It’s a web app so point your browser to an iPad-optimized site at i.playboy.com to choose one of the available subscription offerings, ranging from as low as 95 cents for a three-day trial all the way up to $17.95 per month. Regardless of your chosen plan, you’ll get access to both current issues and every single back issue of Playboy. These are all full-blown and uncensored digital variants of their dead tree editions rather than watered-down versions of the real thing. If you ask me, by adding some class to the situation Playboy is doing for iOS what it did for print in the 1950s.
Interestingly, Hefner is also leading print companies to where they probably should be heading, controlling the payment gateways and publishing platforms themselves rather than relying on Apple, Android and other market providers and using the web which is without gatekeepers.
0
SHARES
FacebookTwitter
GoogleLinkedinPinterestWhatsapp