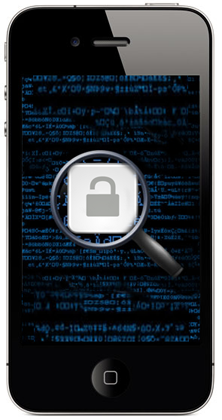 If jailbreaking is your thing, you’ll be delighted to learn about a simple hack that lets you run purchased iPad apps on your iPhone 4. Plus, folks waiting to free their iPhone 4 from the clutches of their carrier can sigh a collective breathe of relief as Dev-team goes live with an updated Ultrasn0w tool that supports iOS 4.3.2 carrier unlock.
Ultrasn0w 1.2.2, which does not include any new baseband support, will unlock your iPhone 4 or 3GS running the latest iOS 4.3.2 firmware, allowing you to take your device to any 3G GSM carrier. It requires a jailbroken device with 06.15.00 baseband so you’ll probably want to use a tethered jailbreak for iOS 4.3.2. Upon downloading and installing the Ultrasn0w 1.2.2 tool from Cydia, you need to reboot your device using the normal “slide to power off” prior to running the unlock (detailed guide).
But how about running iPad apps on your iPhone 4?
This isn’t entirely new. Unlike past solutions, a new method is for less tech-savvy users. It’s as simple as downloading the iTelePad2Pod app and running the program from the Applications folder on your Mac. Your iOS device must be jailbroken and have OpenSSH installed from Cydia because the tool basically sends the iOS app file via secure FTP protocol to your iPhone or iPod touch. The trick is in changing the app’s underlying metadata to add both devices as designated platforms. Don’t expect miracles, though. Some apps won’t work due to multitouch and design issues, like refusing to work in landscape.
Others may be tough to operate due to a greater number of iPad pixels compared to the Retina Display on your iPhone 4 or iPod touch, meaning parts of user interface elements will appear outside screen boundaries. ModMyi has more information and a handy guide plus this little video, embedded below.
0
SHARES
FacebookTwitter
GoogleLinkedinPinterestWhatsapp