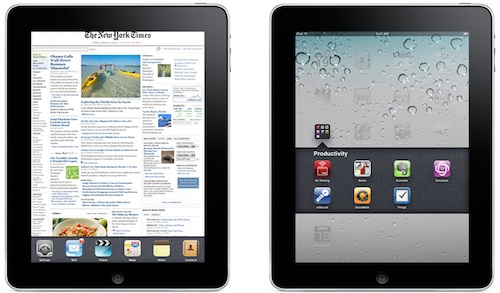 MacStories reports that it has received word that Apple will be releasing Mac OS X 10.6.5 and iTunes 10.1 via Software Update tomorrow, with iOS 4.2 set to follow on Friday. The report comes, however, from a “source working close with AT&T”, and carrier representatives are frequently sources of incorrect information, so some caution is warranted.
According to our source, 10.6.5 completed the certification stage a few hours ago and iTunes was ready 3 weeks ago – likely after the release of beta 2 to developers.

The golden master version of iOS 4.2 was released to developers early last week, but it appears that a public release has been waiting for Apple to complete work on Mac OS X 10.6.5, which is required to support certain aspects of iOS 4.2’s AirPrint functionality. iTunes 10.1 is similarly required to support AirPlay streaming functionality. Consequently, it seems that Mac OS X 10.6.5 and iTunes 10.1 should appear before or at the same time as iOS 4.2.

Claims from a pair of German sites over the weekend had suggested that an iOS 4.2 launch could come either today or on Friday, but it appears that there will be no such launch today, as Apple’s iOS releases typically occur around 10:00-11:00 AM Pacific Time.