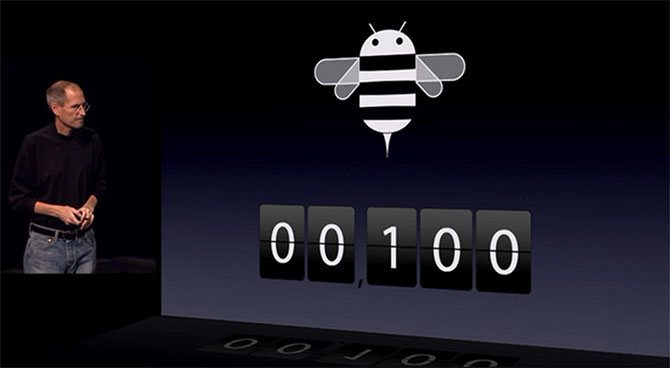 I must admit, I’m fed up with market surveys and some of the headlines are ticking me off. I’m talking recent mobile surveys from comScore, IDC, ABI Research, StatCounter Mobile and many others. ComScore’s February mobile numbers, for example, prompted Business Insider’s Henry Blodget to argue that iPhone is “dead in water”, which in turn provoked pundit John Gruber to observe that “the iPod Touch and iPad don’t count, apparently”.


Piggy-backing on the latest surveys, Fred Wilson again advised programmers to create apps for Android first, provoking an opinionated response from Instapaper founder Marco Arment. And a rebuttal from Henry Blodget. So why don’t research firms take into account the entire OS mobile market share as a measure of a platform significance?

This rivalry is about capturing mindshare of the consumer and attracting developers to write compelling apps for the platform. Last time I checked, IHS Global Insight said the App Store ruled with 82.7 percent of all mobile software sales in February. Apple paid out two billion dollars to developers so far and that’s after their 30 percent cut. A substantial portion of this revenue has come from game and entertainment app sales on the iPod touch and iPad. The App Store eclipsed Android Market with eleven times higher revenue last year.


According to a study by ROI365 based on four million unique visitors across a bunch of websites, Android’s web usage share grew modestly over the past quarter. ROI365′s Jeff Tribble said:

The Android stats are for the total platform while iOS stats are broken out into three categories: iPhone, iPad and iPod. Android has never come close to passing iOS as a whole.

He noted that the iPad is outgrowing the entire Android ecosystem substantially:

This means that despite large sales of Android handsets, among web browsers, Apple’s iOS is clearly remaining the [dominant] mobile platform. This mirrors Apple’s native app business, which is far larger than any other mobile platform in both numbers of titles and revenues generated.

Look, smartphone shipments are important, but unit sales and market surveys can be – and often are – deceiving. The revenues and profits count at the end of the day. In this respect, Apple’s iPhone is the money-making machine. In December, the device had 22 percent share of the mobile industry’s revenues and accounted for more than half the profits, or 51 percent, according to Asmyco and echoed by Canalys.


This makes Apple the biggest phone vendor in the world by revenue. The figure is even more astounding known that Apple in the December quarter ranked fifth among top global phone vendors with an IDC-estimated four percent of the global handset market.


Surveys, of course, can’t tell you the whole story.