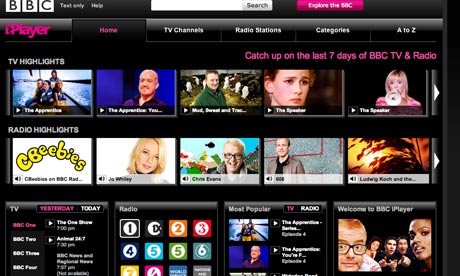 According to the Guardian, Stateside iPad owners will now get to enjoy all the glory that is the BBC iPlayer for less than $10 (that’s £6.13 quid to you Nigel)/month when the app is released later this year.

The global version of the corporation’s online catch-up service for iPads will launch “definitely this year”, adding that it will cost, “a small number of dollars per month, definitely fewer than 10″. The international iPlayer iPad app will also give subscribers access to BBC archive programming.

The iPlayer app allows the BBC to “sell directly to consumers” without shows being rebranded or reformated, which often happens when UK shows are bought by international broadcasters.When asked what effect the iPlayer’s international launch will have on the business model of the BBC’s commercial arm, BBC Worldwide, Thompson said the corporation is following in Hollywood’s footsteps and “looking at a series of windows” for shows, to “optimise value across that lifecycle”.

Perhaps such a move could convince Jony Ive to stick around for a few more years.
0
SHARES
FacebookTwitter
GoogleLinkedinPinterestWhatsapp