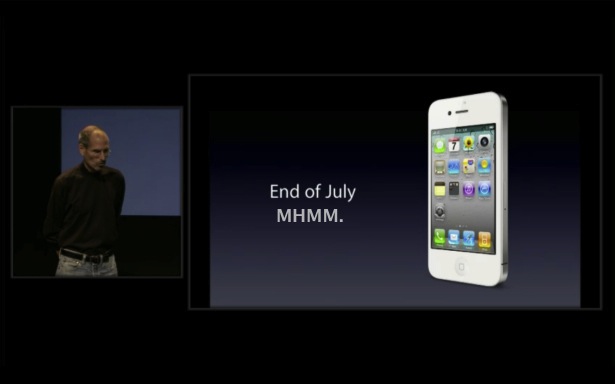 According to Concord Securities Analyst Ming-Chi Kuo the elusive white iPhone 4 is going into production this month, March, for an April 2011 release. The white iPhone 4 was originally scheduled to launch alongside the black iPhone 4 in June 2010 but was delayed due to white paint issues.
This white iPhone 4 is said to be the GSM version (AT&T and other global carriers) and there is no release time frame for the CDMA (Verizon) version. Apple has been said to have worked on a white CDMA iPhone so that device is not totally out of the question.
We were first to report that Apple confirmed the white iPhone 4 for a Spring launch and this April timeframe fits that perfectly. Ming-Chi Kuo has been fairly accurate lately pinpointing correct iPad 2 camera details, the 1024 x 768 display resolution, but pinpointed incorrect processor information.
This April launch date also seems strange as Apple is expected to launch an all new iPhone – “iPhone 5 – in June or July.
0
SHARES
FacebookTwitter
GoogleLinkedinPinterestWhatsapp