Apple has acquired transit service HopStop.com to improve its mapping service, reportsBloomberg. News of the deal comes just hours after the reported purchase of Locationary, a company that focuses on location crowdsourcing.

Apple has confirmed the acquisition in a statement to AllThingsD, but declined to comment further: “Apple buys smaller technology companies from time to time, and we generally do not discuss our purpose or plans.”

According to its website, HopStop, which also has an iOS app, is a service that is designed to offer detailed subway, bus, train, taxi, walking and biking directions to more than 600 cities throughout the U.S., Canada, Europe, Australia, and New Zealand. 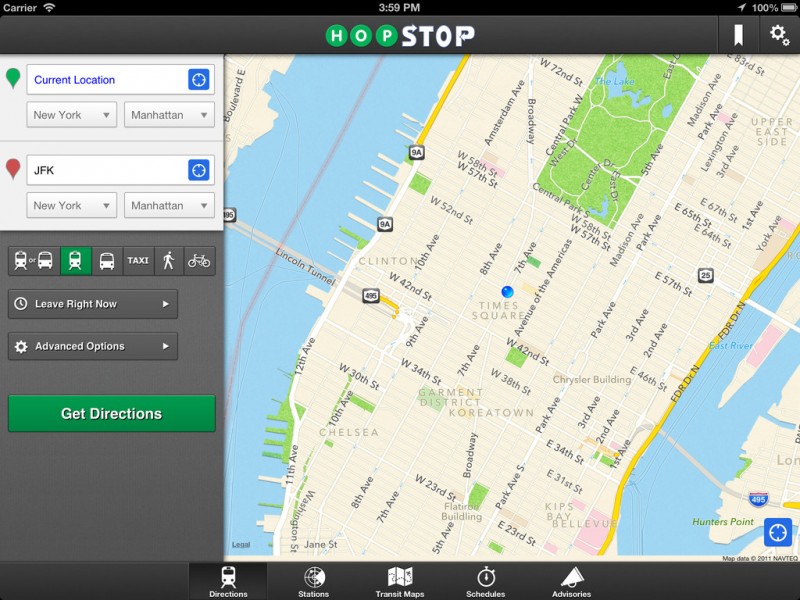 The service’s App Store description also notes that it provides HopStop Live! functionality that allows its users to communicate in real-time about stations, train lines, and buses, relaying potential delays and other pertinent information.

Apple’s Maps app, which was introduced alongside the iPhone 5 after a move away from Google Maps, has been widely criticized for both its poor directions and its glaring lack of public transportation directions. Currently, the app redirects users to third party mapping applications when public transit routes are required.

As with its acquisition of Locationary, HopStop will allow Apple to strengthen its mapping services, incorporating accurate, real-time information on public transportation routes and improved walking/biking directions.