Apple has begun decorating the Moscone Center ahead of its Worldwide Developers Conference next week. 9to5Mac has posted one image of a banner inside the building featuring the tagline ‘Where a whole new world’s developing’.

The banner use the same color scheme as the WWDC invitations sent out in April. 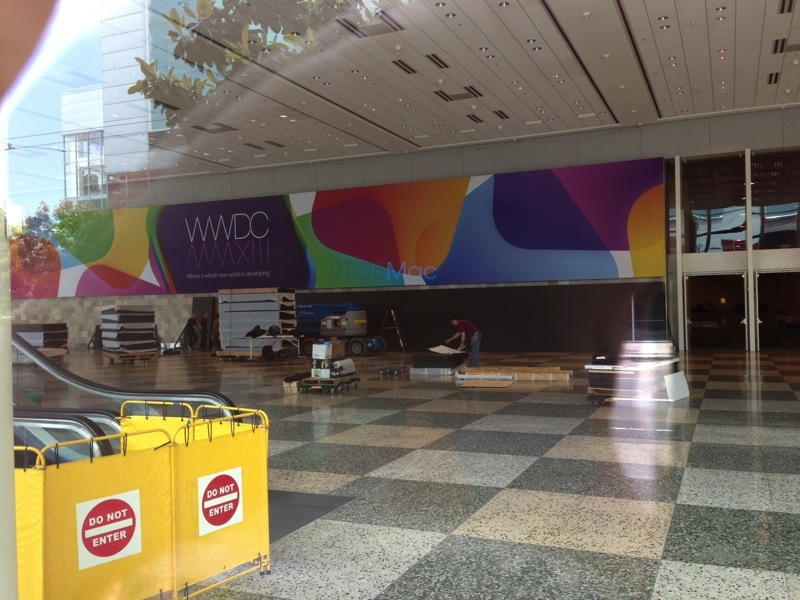 MacStories has also shared an picture of workers installing WWDC graphics on the outside of Moscone. 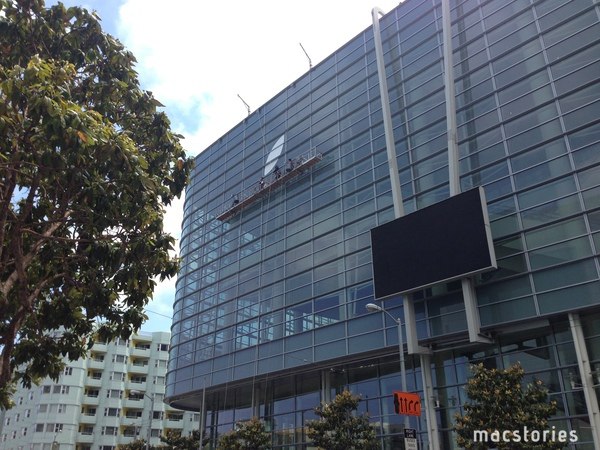