Last week, Tim Cook shared that television was an area of “intense interest” for Apple, stoking the rumor mill once again that the company will come out with a TV at some point. Today, Morgan Stanley analyst Katy Huberty shared results from a proprietary survey of 1,568 U.S. heads of household from September. Fortune’s Philip Elmer-DeWitt shares some of the results of the survey. 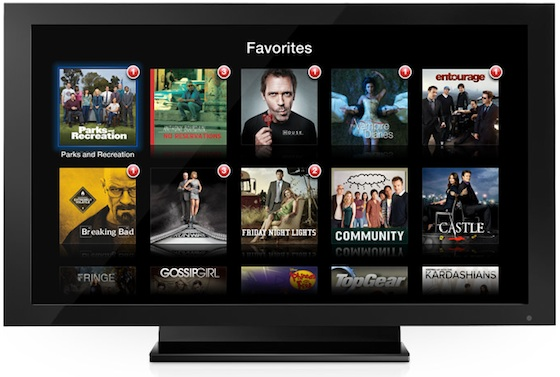 Further, Huberty lays out three strategies for Apple to fix television. The company could become a “full-blown virtual cable service provider”; partner with existing pay-TV carriers and replace their set-top box with its own; or Apple could “bundle the TV set with its existing Apple TV” box.

Of course, there have been years of speculation about a potential Apple TV. Following the release of Walter Isaacson‘s biography of Steve Jobs, in which Jobs said he had “cracked” television, rumors have taken on a more fervent tone.