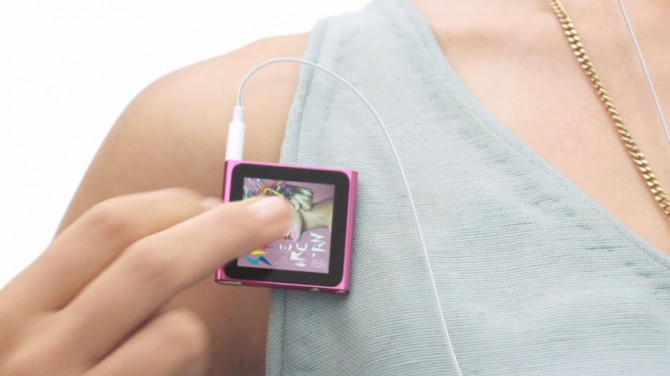 For a company of Apple’s stature that relies on a wide array of Asian suppliers to ship millions of gadgets to the market every month, I’ve always felt even the smallest disruption in supply chain could spell trouble. The March 11 disaster that struck Japan has affected a lot of firms that make electronics components like memory chips and touch panels.
Apple reduces risks by working with multiple suppliers, but it still depends on the weakest supplier.According to the Wall Street Journal, shortages of lithium-ion batteries for iPods are ahead because Kureha, a polymer provider for lithium-ion batteries, had to reduce output of this chemical after shutting its Japan plant, writes author Mariko Sanchanta:

A representative from Apple Inc. recently called Kureha Corp.’s offices in the U.S. The problem: Apple was facing tight supplies of lithium-ion batteries used in its popular iPods, and they traced the supply bottleneck to the relatively obscure Japanese chemicals maker.

It’s entirely possible this hiccup might provoke an alarming scarcity of iPod batteries that could lead to product shortages in stores. It’s affecting other mobile products that use lithium-ion batteries, including iPhones. Supply issues, natural disasters and political unrest are all cited as substantial risk factors in Apple’s filings with the Security and Exchange Commission. Good thing they’ve got operations wizard Timothy Cook on board.
When Steve Jobs returned to Apple, he brought Timothy Cook who reduced Apple’s inventory from months to weeks, even days. Prior to joining Apple, this spreadsheet wizard had served as Compaq’s vice president of corporate materials responsible for procuring and managing all of their product inventory.
Apple’s move to the just-in-time supply chain provided a much-needed financial relief, increased efficiency and product profitability and consequentially improved their bottom line. It also exposed Apple to supplier issues. Strong demand for products like iPhone 4 and iPad 2 – the tablet still lists a 2-3 week wait time for online orders – isn’t exactly helping either, although I bet many competitors would kill for such worries.
0
SHARES
FacebookTwitter
GoogleLinkedinPinterestWhatsapp