Apple is looking for interns fluent in a number of different languages to work on Siri internationalization, according to a job listing first spotted byBelgian site Apple Nieuws Vlaanderen.

The job listing, for Cloud Services Engineering Interns, asks for interns native or fluent in Arabic, Chinese, Danish, Dutch, Finnish, French, Korean, Norwegian, and Swedish to work on “delivering Siri in different parts of the world.” Languages where Siri is currently unavailable on that list include Danish, Dutch, Finnish, Norwegian, and Swedish. 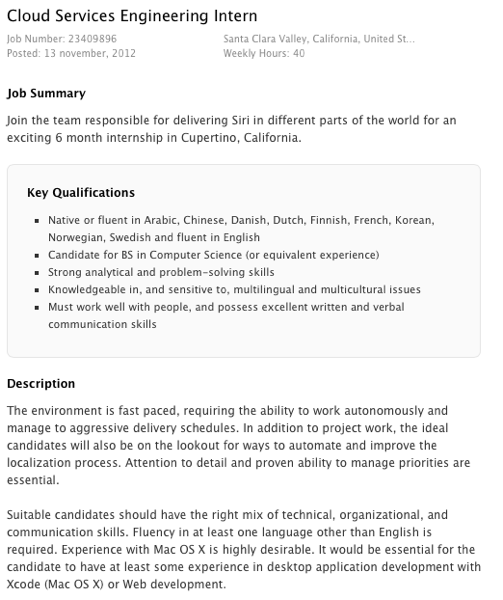