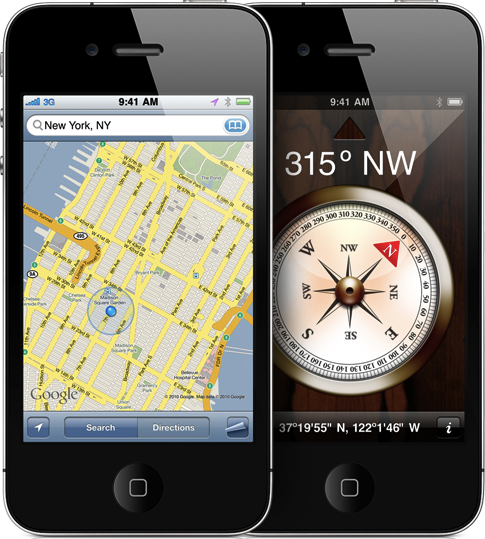 Apple, in late 2009, acquired a mapping company called PlaceBase and since then many rumors have said that Apple is working to revamp their built-in maps application. Rumors have covered a redesigned iOS application all the way to Apple creating their own maps database – with PlaceBase’s data – to replace Google’s backend currently used in iOS maps.
Now, Apple has filed a new job opportunity for an iOS Maps application developer. Apple wants the candidates to work on a team that will “radically improve” maps and location services within their iPhone, iPad, and iPod touch operating system.

The Maps team is looking for an exceptional developer to join us in our mission to radically improve how people interact with maps and location-based services.

Apple also wants the candidates to have “excellent skills in object-oriented software design and programming” and they will be “collaborating closely with Apple’s peerless human interface team to add new and innovative features.” Additionally, the candidates should have “experience at the application and user interface level” and “experience with the iOS SDK and Cocoa programming.”
From that description, it seems that this person will be “radically improving” the entire maps application, not specifically the backend. We speculate that Apple would not revamp their whole maps app if they are not going to give it a whole new backend.
In iOS 5, Apple is expected to introduce a new “Find my Friends” map-based social network, so perhaps this team will be involved in implementing this as well. Apple has not really updated their built-in maps application since an iOS 1.x update.
0
SHARES
FacebookTwitter
GoogleLinkedinPinterestWhatsapp