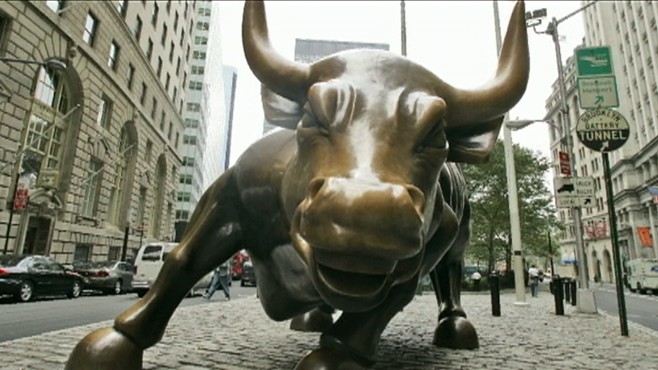 Apple’s been on a roll lately. They sold a record 18.65 million iPhones in the first quarter and for the first time zoomed past Microsoft in terms of profitability. The 49,400 Apple employees helped the company earn $14 billion annually and pull 30 percent growth in earnings per share. Recognizing those strides and Apple’s rising fortunes, the company is now ranked 35th on the Fortune 500 list of America’s largest corporations. Just a year ago, Apple was 56th on the list. Fortune explains:

The company not only continues to expand its reach in existing markets, it also keeps creating new ones. Take the iPad, which showed the world the power of tablet computing when it was introduced last year. iPad 2 followed, and was one of the most highly anticipated electronic products this year.

And according to the latest smartphone survey by IDC, Apple has beaten Research In Motion and became the world’s second-best smartphone maker, right behind Nokia…
The entire market grew 79.7 percent year-over-year on quarterly shipments of nearly 100 million smartphones, IDC reported. The Finnish cellphone giant’s share of the global smartphone market continued to drop in the first quarter amid the transition to Windows Phone software and uncertainties surrounding its Symbian handsets.
Nokia earned the #1 ranking with a 24.3 percent market share on shipments of 24.2 million units. Even though they topped the year-ago quarter by nearly three million units, it was a modest 12.6 percent growth and they lost an incredible 14.5 percentage points of market share.
Apple, meanwhile, grew 114.4 percent annually versus the industry growth of 79.7 percent. The company took 18.7 percent share of the global smartphone market based on sales of 18.65 million iPhones and is now within six million units of market leader Nokia. RIM, Samsung and HTC round up the list of top 5 smartphone vendors with 13.9 percent, 10.8 percent and 8.9 percent market share. Looking at the entire cellphone market, not just smartphones, Apple is the world’s fourth cellphone maker among all handsets sold (and they control half the industry’s profits).

Apple reached a new record shipment volume in a single quarter, and inched closer to market leader Nokia with fewer than six million units separating the two companies. The company posted market-beating year-over-year growth and recorded triple-digit growth in two key markets: the United States, with the release of its CDMA-enabled iPhone, and Greater China. Additionally, the company enlisted South Korean Telecom and Saudi Telecom as carrier providers of the iPhone.