Earlier this week, Russian security firm Dr. Web published a blog post announcing the discovery of a new OS X trojan horse known as “Trojan.SMSSend.3666”. The malware masquerades as an installer for various software titles, but tricks users into signing up for subscriptions through their mobile devices. 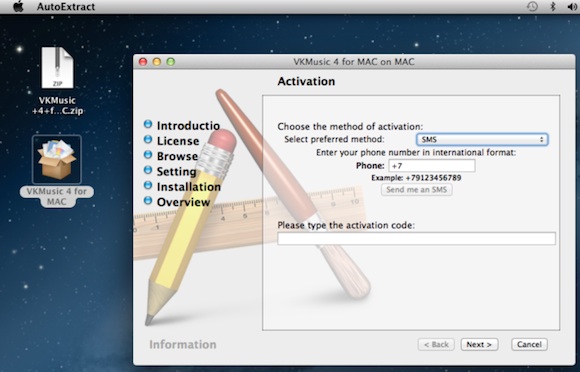 When a user starts such an installer, they see the interface that imitates the installation wizard of a corresponding application. In order to continue the “installation” fraudsters ask that the victim enter their cellphone number into an appropriate field and then specify the code found in a reply SMS. By performing these actions the user agrees to terms of a chargeable subscription and a fee will be debited from their mobile phone account on a regular basis.

Similar trojans have affected Windows and even Android platforms for some time, but the tactic is now being used to target Mac users.

Apple has moved quickly to address the threat, adding definitions for the malware to its “Xprotect.plist” blacklist, which is part of the basic anti-malware tools Apple launched with OS X Snow Leopard in 2009. In its original incarnation, users were required to update definitions manually, but as malware threats against OS X grew, Apple last year instituted automatic daily checks to keep users’ systems updated. The anti-malware tools automatically detect when a user has downloaded a file matching the signature of known malware, alerting the user of the threat and advising them to discard the downloaded file.