In line with a report from last week, Apple has just released iOS 6.1.2. According to Apple, the update addresses a Microsoft Exchange bug but sources had indicated that it also addresses a lock screen passcode issue. 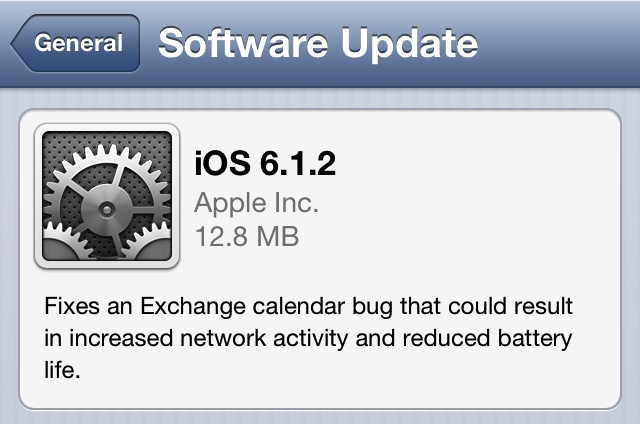 Fixes and Exchange calendar bug that could result in increased network activity and reduced battery life.

The update arrives as Build 10B146 for most devices, with the exception of cellular-capable iPad mini and fourth-generation iPad models that are receiving Build 10B147.

Update: Users are reporting that the update does not in fact fix the passcode bug.