A little over a week after the public release of iOS 6.1, Apple today seeded the first beta version of iOS 6.1.1 to developers. The beta arrives as build 10B311. 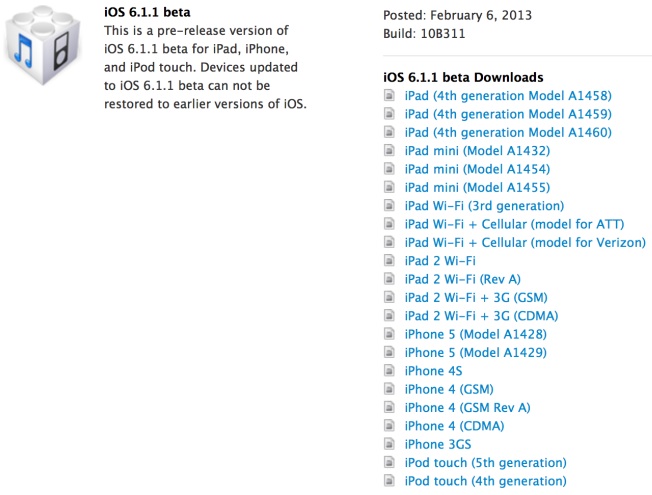 The new version also arrives just two days after the Evasi0n jailbreak for iOS 6.x devices went live, although it is so far unknown if iOS 6.1.1 patches any of the bugs exploited by the software.

iOS 6.1.1 beta 1 includes the following improvements to Maps for Japan: