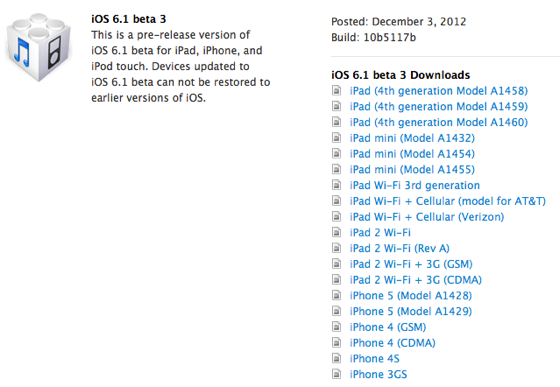 As with previous betas, Apple mentions a number of changes from iOS 6.0.1, including several related to how developers can integrate Apple’s new mapping service in their apps, as well as an improvement to how boarding passes are handled in Passbook, and a few minor changes to Safari.

Apple also released a beta of the Apple TV software, as well as Xcode 4.6 Developer Preview 3. Registered developers can download the betas via Apple’s Developer page or via Software Update on iOS devices with a previous iOS 6.1 Beta already installed.