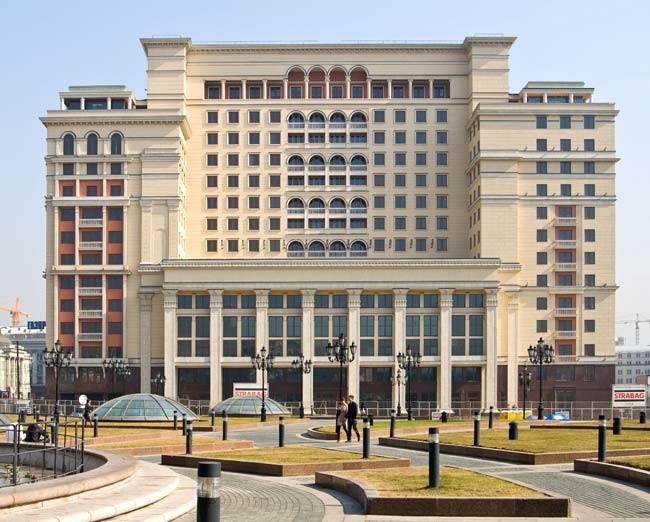 After McDonalds, Coca Cola and other top American brands that operate in Russia, the once mighty superpower will get its first Apple retail store by the end of this year. IfoAppleStore.com, the site that follows Apple’s retail efforts, reports that the company’s top retail brass flew to Moscow to negotiate a lease inside the trade gallery of the reconstructed Hotel Moskva, pictured above.
It’s just steps away from Red Square, the Kremlin and other landmarks in the city. The retail facilities inside the hotel, depicted in the renderings at the bottom, are scheduled to open doors to shoppers “by late 2011 or early 2012″, the site explains:

Senior vice president of retail Ron Johnson and vice president of real estate Bob Bridger visited Moscow at the end of March and toured the three-level retail space in the future Four Seasons Hotel. The two were seen examining a 16,000 square-foot, two-level space as a possible Apple store. At the time, no lease had been signed, but a decision could be made soon, sources say.

It would be the second big retail opening for Apple in former communist empires following a recent high-profile opening of the Altmarkt-Galerie store in Dresden, Germany, the fifth Apple store in the country. Steve Jobs greeted Russian President Dmitry Medvedev during his Silicon Valley tour earlier this year.
Medvedev visited Apple’s headquarters and chatted with Jobs who gave him an iPhone 4 (locked to the AT&T network). But why retail store in Russia, you ask. Huge fossil fuel reserves and oil production have helped Russia rebuild its economy after the collapse of the Soviet Union.
The 142 million people country is today the home to tycoons and a booming higher class with the money to spend on luxury items and the latest gadgets. Apple’s iPhone was a sought-after item on the Russian gray market and is still in high demand following the deals Apple struck with local carriers. iPad, of course, is the latest thing there, just like in pretty much any country in the world. 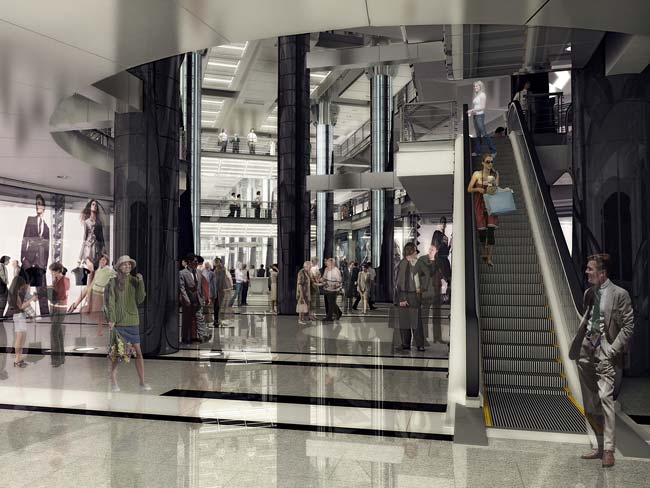 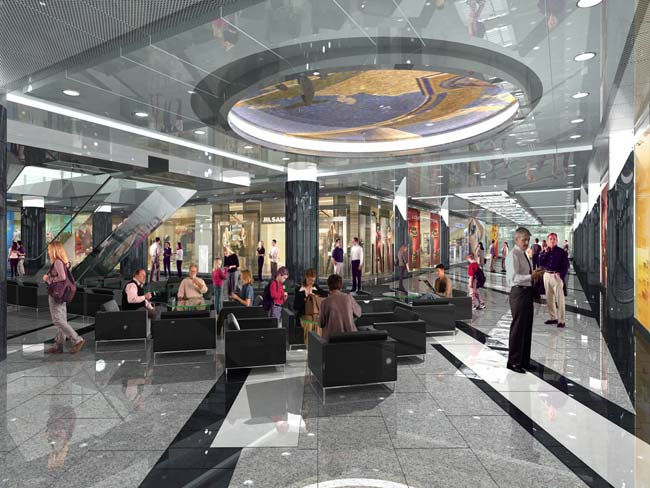