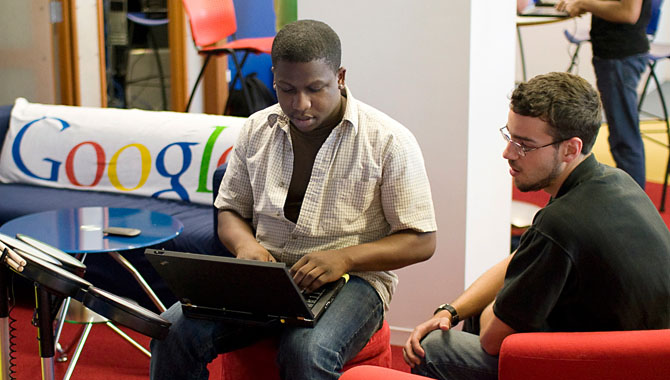 Larry Page gets to wake up on his second day as Google’s CEO to the news that federal regulators are pondering their next move regarding his company’s search dominance. Sources familiar with the matter tell Bloomberg Businessweek that the US Federal Trade Commission is awaiting a Justice Department ruling over Google’s planned acquisition of ITA Software before proceeding with a long overdue probe.
If the ruling, to be made public soon, will be that the ITA acquisition would reduce competition in the travel-information search business, “a broad antitrust investigation” is likely to be launched and it “could be on par” with the scope of the Justice Department’s probe of Microsoft ten years ago. A spokesperson for the Mountain View-based search monster told the publication that freedom of choice on the Internet allows consumers to choose whichever search engine they see fit:

Since competition is one click away on the Internet, we work hard to put our users’ interests first and give them the best, most relevant answers to their queries. We built Google for users, not websites.

An antitrust lawsuit of such a scope is likely to drag on for years. It could cost Google dearly in the end in case of an unfavorable ruling because a substantial portion of the company’s revenue is created from adverts injected in search results.
Yesterday we also learned that federal grand jury is poking around Apple and Google to find out whether some smartphone apps suck out personal data into the cloud without our consent, which is a federal computer-fraud law. These are no doubt exciting times for Google’s co-founder who yesterday took over from ex-CEO Eric Schmidt.

Industry watchers and fans expect a lot from Page, namely “moon shots” – that is, new products no-one saw coming and things most outsiders would say is beyond what Google should be doing.