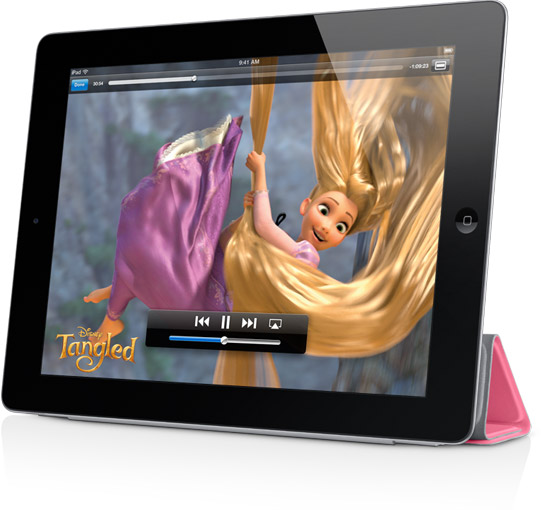 Samsung will next week demo a new LCD display technology that will put future tablets in the Retina Display realm. Developed by Samsung’s subsidiary Nouvoyance, the new WQXGA 10.1-inch display stuns with a whopping 2560-by-1600 pixel resolution. Take a deep breath – that’s more pixels than on your 27-inch iMac and double the pixel count on full HD displays.
It uses PenTile RGBW technology that consumes 40 percent less power, a statement claims. Samsung will show off this tech at the SID Display Week 2011 International Symposium next week. The company expects to have commercial availability of this technology for tablet applications later this year.
At screen size and resolution this large the display features a pixel density of 300 pixels per inch – enough to file as a Retina Display. Apple says that 300 pixels-per-inch is the limit of the human retina where the eye is unable to distinguish between the individual pixels, meaning curves appear smooth and continuous rather than jagged and pixelated. It’s widely accepted that the next iPad will sport Retina Display technology which was first inaugurated ten months ago on iPhone 4.
Samsung already supplies Apple with a bunch of components, including processors, flash memory and displays. Technically speaking, Apple could confidently use the new 2560-by-1600 display for iPad 3 to market the device as Retina Display-capable. Whether or not the design giant buys iPad 3 displays from Samsung is up for debate. It’s anything but given due to an ongoing spat between the two firms. It’s also possible that Samsung beats Apple to the tablet punch by outing a tablet to showcase the new display technology ahead of iPad 3. Some watchers claimed that the costs associated with implementing a high-resolution Retina Display on iPad 3 would be too prohibitive.
0
SHARES
FacebookTwitter
GoogleLinkedinPinterestWhatsapp