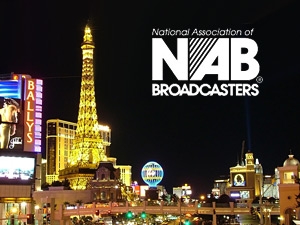 We’ve been hearing all kinds of Chatter that the next version of Final Cut Pro will debut in Vegas at NAB next week.  Thing is, we hear this every year and Apple hasn’t really done a NAB properly in awhile.  That’s OK, we’ll take that we can get.

Rumors are flying that Apple will be using the Vegas Supermeet to announce the next version of Final Cut Pro. Supposedly, Apple will be taking over the entire event for their announcement, cancelling all other sponsors, including AJA, Avid, Canon, BlackMagic, Autodesk and others, who were set to give presentations.
Philip Bloom just confirmed with me that Canon has canceled his appearance at the Supermeet. Canon was told last night that Apple has demanded ALL “lecturn” or stage time exclusively. Some sponsors who were not using presenters may continue to sponsor the Vegas event, but none of them will be presenting on the stage. I can’t imagine any news that would warrant this kind of “take-over” other than to announce and demonstrate the next full version of Final Cut Pro and possibly an entirely newly designed FCS4.
(UPDATE: Avid confirmed that Supermeet (Michael Horton) told them last night that their sponsorship had been cancelled. According to Avid, “Apple doesn’t want anyone to have stage time but them.”)

Who’s up for Vegas?

We heard the first concrete details about Apple’s all new Final Cut Pro coming during Spring this year, and recently some new information has come to light. Final Cut Studio expert Larry Jordan was one of the people at Apple’s meeting, demonstrating the upcoming upgrade to the professional film-making software.
Jordan can’t say much about the upgrade, due to an NDA with Apple, but he did say it is a “jaw-dropper.” Besides the “jaw-dropper” part, the thing we are taking most from his blog post is the fact that Apple allowed him to write it up. It appears that Apple already considers the software public knowledge. Afterall, Apple CEO Steve Jobs did tell a 9to5mac reader to buckle up for it.