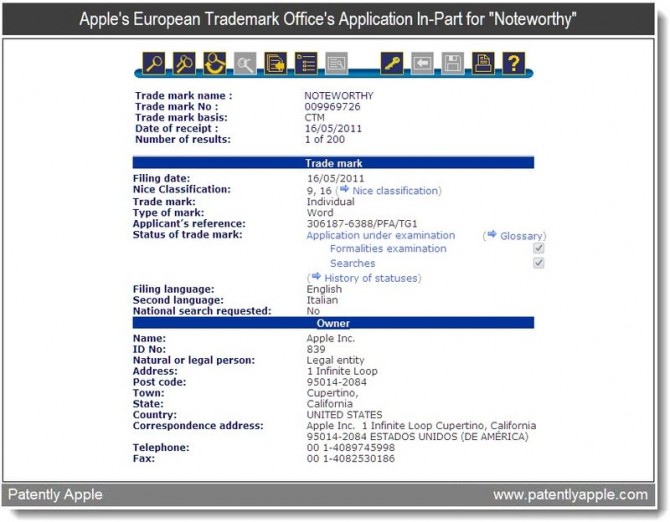 Patently Apple today reveals a trademark today by Apple for the word “Noteworthy” which they postulate is a new OCR app that could be released in iOS 5.  One use would be taking an image and turing it into a document like Google’s recent Docs app does.
Update: Apple has a Font named Noteworthy which is likely the reason for registration
0
SHARES
FacebookTwitter
GoogleLinkedinPinterestWhatsapp