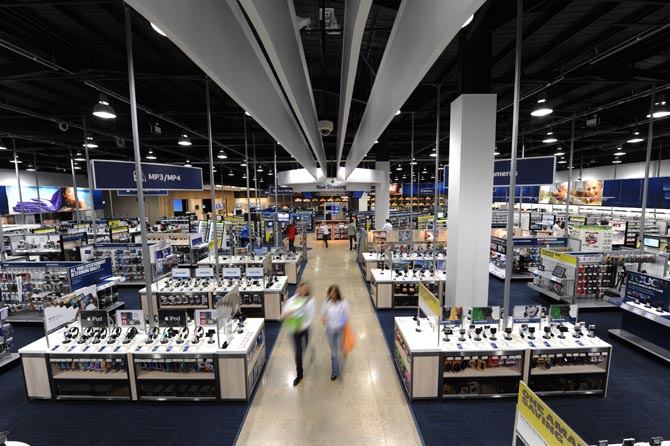 There’s a chatter these days that the Japan crisis and shortages of components might force Apple to consider delaying international roll out of iPad 2, especially with fears of the iPad 2 launch in the Czech Republic slipping to April, which was a false alarm attributed to translation errors.
Nonetheless, it appears retailer Best Buy is gearing up to launch the tablet in Canada this coming Friday, March 25. The company appears to have learned from the US experience where Best Buy had a small number of iPad 2s at hand while customers waited in lines outside Apple stores for hours only to be told the device sold out. In other words, Canadians should expect a more orderly iPad 2 experience at Best Buy’s retail stores.
All of this came in the comment section over at the retailer’s Canadian web site where a person identified as an employee confirmed that Best Buy will begin selling Apple’s tablet Friday morning at 10am. There will be no pre-orders, the site admin warned. The launch will be handled on a first come first served basis. Lines are expected, he wrote, and a ticket system will be exercised in order to sort through the orders:

Was confirmed by my store manager. We will be selling them at 10am Friday when we open. It’s first come first serve and there WILL be a line up. If we are doing the same thing as last year we will be handing out a piece of paper which you will fill out telling us which ipad you want, size, color ect..

It’s unknown whether there will be a limit on how many units a customer can buy (usually two per customer). We also couldn’t figure out whether this specific employee was commenting off the top of his head or if in fact he saw iPad 2 coming in the inventory system. He did reply to another poster with information that the Burlington, Ontario store will have an unknown quantity of iPad 2s for the Friday launch, adding:

If it’s anything like the US release date we will not be able to sell them until 5PM EST. I would wait until ~24th for more information on price and availability.

The news from Canada echoes another report which quoted a spokesperson with Apple who confirmed that the gizmo is on track to launch in the UK come March 25.
0
SHARES
FacebookTwitter
GoogleLinkedinPinterestWhatsapp