IDG News Service reports that Kariem McFarlin, the burglar who stole $60,000 worth of Apple products and other items from the home of Steve Jobs‘ family last July, has been sentenced to seven years in prison. McFarlin entered the home while it was undergoing renovation and stole two iMacs, three iPads, three iPods, an Apple TV, jewelry, and other items.

REACT officers found McFarlin with help from Apple security, which tracked where the stolen devices were being used by matching their serial numbers with connections to Apple iTunes servers. The IP address in use matched a line in McFarlin’s apartment in nearby Alameda that was also being used by an Apple device registered to a member of his family, according to a police report. […]

McFarlin admitted to the burglary under questioning by Palo Alto police and said he had stolen from other homes in the San Francisco Bay Area, including two homes in Marin County, four homes in San Francisco County and one home in Alameda County. 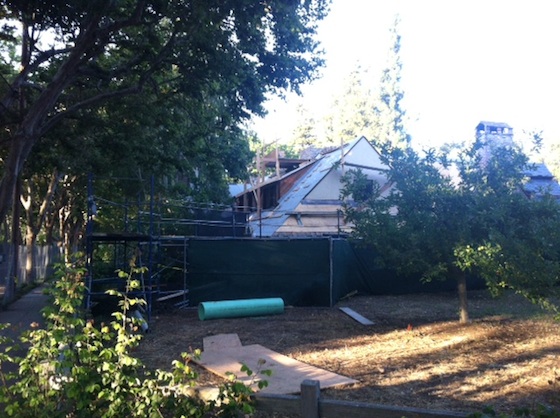 Renovation work on the Jobs family home in July 2012 (Source: Forbes)
Immediately following the burglary, officials indicated that it appeared to be a random crime of opportunity due to the renovation going on at the house, with McFarlin having been unaware that he was targeting the home of Steve Jobs‘ family. At the time of his arrest, McFarlin still had a number of the stolen items in his possession, while others had been distributed to friends, including an iPad that made its way into the hands of a local clown.
0
SHARES
FacebookTwitter
GoogleLinkedinPinterestWhatsapp