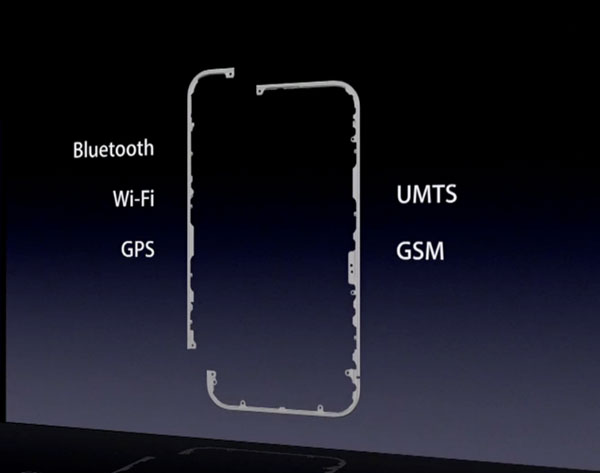 Since BGR broke the news that Apple is testing, or has tested, a version of the iPhone that works on T-Mobile USA’s network, we started thinking about the future of the iPhone. Specifically, the fifth-generation product that is not too far off from public consumption. Right now, the iPhone 5 – or whatever Apple ends up calling it – does not seem to be such a big hardware upgrade. Sure there are reports that peg a gesture-based home button and 3.7 inch display (which we would love), but more reports are talking an iPhone 4 design, an A5 chip, and possibly a better camera.
What could Apple throw into the purported iPhone 5 package to make it a better device and a device that more people would buy? Right now, the general consensus is that Apple is going to use a Qualcomm chip within the iPhone 5 that can connect to both Verizon (CDMA) and AT&T (GSM) networks around the world. What about T-Mobile? Apple is obviously testing the T-Mobile iPhone (4S?) and with the technology available for Apple to create an antenna system that supports both types of GSM networks, what stops Apple from making an AT&T+T-Mobile iPhone 5? We received an unconfirmed report, from a connected individual, that Apple is actually testing a device that runs on both networks…
We are not positive if this device is in testing simply due to the possible AT&T acquisition of T-Mobile, but we get the feeling that it is testing regardless of the AT&T/T-Mobile deal. As stated by Verizon’s CFO – who also slipped the Verizon iPad 2  – Apple is working to get an iPhone that can run on either Verizon or AT&T’s network working. Most reports and rumors point to a fifth-generation iPhone that could support both bands. If Apple can build in support for Verizon, can’t they technically also support Sprint’s network? If Apple can already build a Verizon+AT&T iPhone and an AT&T+T-Mobile iPhone, can’t they technically go Verizon+Sprint+AT&T+T-Mobile?
The prospect of an iPhone that works on all carriers even works well with the rumors of an integrated SIM card system for the next iPhone. Although European carriers seemed to have shunned this idea, it is still more convenient for the user, which Apple is all about, and arguably for the carriers. So, why is Apple waiting approximately three extra month to launch the next version of their iPhone? Possibly popping in a new camera, the dual-core A5 processor, and keeping the same design shouldn’t take a company like Apple over a year to do. We’re thinking Apple has taken the three or so extra months to perfect a new antenna and cellular system that works on all carriers. Additionally, these few months gave Apple the extra time to work out licensing matters with their new U.S. carriers and possibly new carrier deals internationally.
Don’t forget, at the last two earnings calls, Tim Cook talked up the idea of prepaid and getting the iPhone prices down.  Perhaps Apple has something in mind where you buy the iPhone at an Apple Store and then take it home and decide what carrier you want to sign up for.
Do you think Apple will ever launch an all-carrier iPhone?
0
SHARES
FacebookTwitter
GoogleLinkedinPinterestWhatsapp