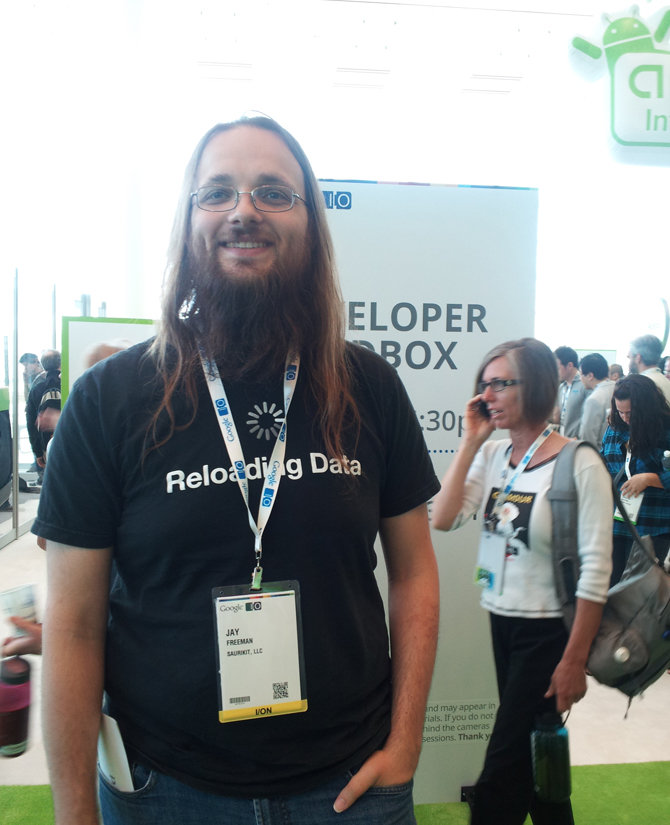 The Google I/O 2011 annual developer conference runs today and tomorrow at the San Francisco’s Moscone West. Apart from walking away from the keynote with a free Samsung Galaxy tablet (you get what you pay for), he spotted Jay Freeman, also known as Saurik – the brains behind the Cydia unofficial app store.
Saurik, one of the prominent figures in the jailbreak community, says there isn’t going to be an Android Cydia but his presence at the Android-focused event is nevertheless interesting. “He says he works a lot with Google developers and app engine”, Seth wrote in an email. One may never actually need a Cydia store for Android due to Google’s proclaimed openness and the fact that the company does very little to no screening in its mobile app bazaar.
0
SHARES
FacebookTwitter
GoogleLinkedinPinterestWhatsapp