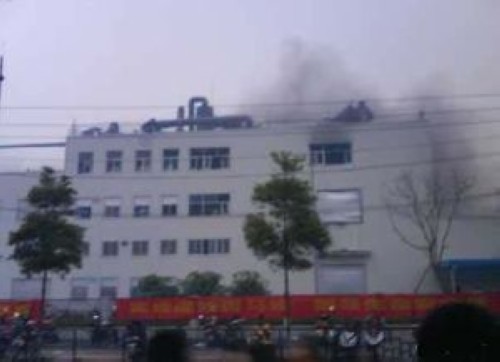 MIC Gadget is out with a breaking story about an explosion at Foxconn’s Chengdu manufacturing plant that happened a few hours ago. This is the facility where they make iPad 2s. The explosion is said to have happened inside an “operating room”, the publication explained:

We are not sure actually what cause the explosion and how many casualties had resulted. At the scene, there are currently more than 10 fire engines, ambulances and 10 police cars had arrived on the scene.

The factory has been sealed off by the police and reporters are not allowed to come near the stricken plant due to a possible secondary explosion. Additional reports claim that six men and a woman have been hospitalized in the Sichuan People’s Hospital, two of which are seriously injured. Chinese resident Ji Quing Ling provided this account of the unfortunate event:

The explosion occurred in the A05, at 7 pm, the explosion caused many materials casted out from the building, and there are at least hundreds or more of workers inside the building. The whole building did not collapse yet, I do not know what is going on inside. Now there are more than 10 fire engines, 10 ambulances, many police cars.