Facebook is slowly rolling out a new Photo Sync feature to its iOS users that automatically uploads all photos taken on the iPhone to a private photo album on Facebook. The idea is to make it easier and faster for users to share photos with their friends. 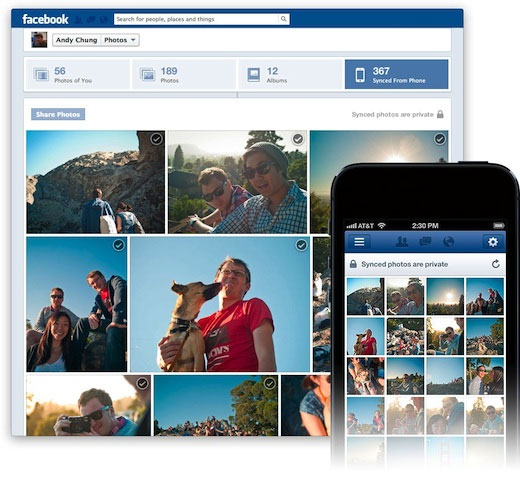 TechCrunch has more on how it works:

Here’s how Facebook Photo Sync works, at least for those lucky enough to be in the test. You go to the Photos app in the Facebook For iOS app’s sidebar navigation or the photos section of your Timeline and scroll to the bottom. There you may find an option to check out Photo Sync and then enable it, as seen in this photo sent in by tipster YoloFahad (an Instagrammer-extraordinaire).

Facebook will then automatically upload photos you shoot to an unpublished album only you can see. From there you can authorize which photos you want posted.

Facebook’s support site has much more about Photo Sync, as well. Facebook is using background uploads within the Facebook iOS app to move the photos, not anything special with location APIs or Apple’s iOS 6 Facebook integration.

The app is very clear that all photos uploaded automatically are marked as private and cannot be viewed by others until specifically shared by the user. Users get 2 GB of complimentary photo storage.