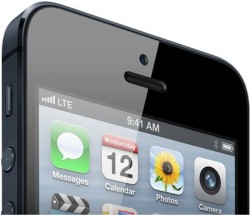 Stephane Richard, CEO of France Telecom, said in an interview with Bloomberg that customer behavior is changing and price-conscious consumers are driving demand for lower priced smartphones, threatening sales of comparatively expensive phones like the iPhone and Samsung’s Galaxy S line.

The shift has been especially severe in Europe, where more customers are keeping the same phone when they switch carriers. Amid a slumping economy and mounting competition, France Telecom has seen prices drop 25 percent over the past three years, squeezing profit margins and its stock price. Its cheapest plan now provides unlimited calls and texting and 3 gigabytes of data for about 20 euros ($26) a month — about half the price of T- Mobile USA Inc.’s $50 plan, which is touted as a U.S. bargain.

Richard believes there will be fewer early adopters purchasing the latest and greatest devices going forward, though it’s unclear if the slowdown would be restricted to Europe or if it could pressure iPhone sales in the U.S. as well. Regardless, many recent rumors suggest Apple is working on a cheaper iPhone to address some of these concerns.