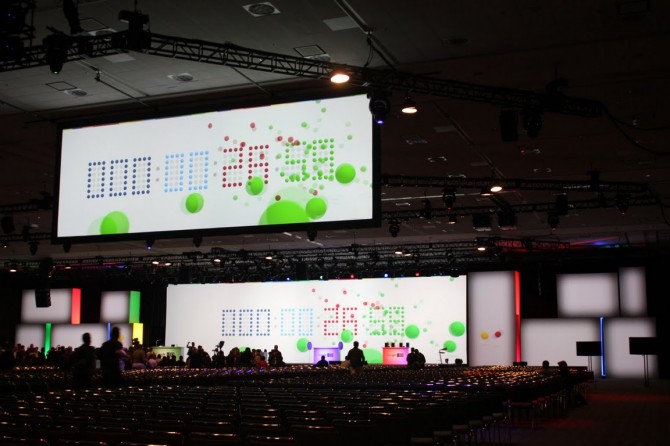 From Google I/O 2011. There are now a hundred million activations in 2011. For comparison, Steve Jobs said at the iPad 2 unveiling in February that Apple sold the same amount of iPhones since the July 2007 launch. By last August there were 200,000 Android activations. In December, they exceeded 300,000 devices. Over 400,000 Android devices are now being activated every single day. Android Market has over 200,000 apps, half the App Store’s 400,000 count.
It took the Android ecosystem nine months to hit the first billion app download and five months for the second. They added one billion downloads in the last 60 days. There are 4,5 billion application installs from Android Market to date. Android today has more than 310 devices carried in more than 120 countries.
0
SHARES
FacebookTwitter
GoogleLinkedinPinterestWhatsapp