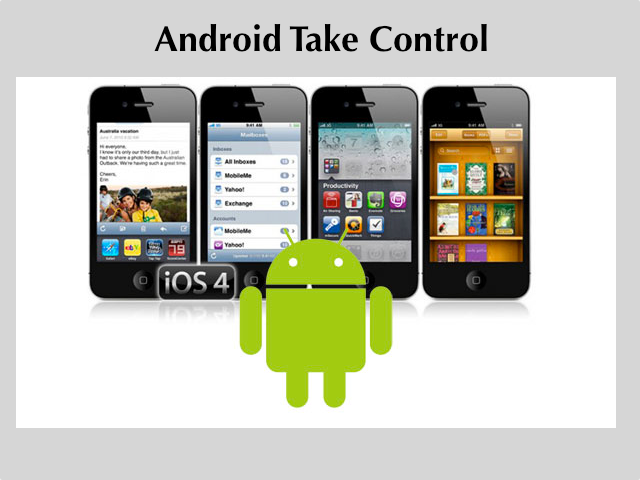 While the Verizon iPhone 4 was the top selling handset in February, it doesn’t mean Apple is the market leader. According to a new survey by comScore, Google’s Android is fast becoming the top OS in the growing smart phone market. Should Apple do something about that?
According to the survey, which reports key trends in the U.S. mobile phone industry, 234 million Americans ages 13 and older used a mobile device. Of these, 69.5 million used a smart phone, or nearly 30 percent.
Top Mobile OEMS
Samsung (24.8 percent) has the largest number of handsets in the U.S., in the so-called OEM market. LG (20.9 percent), Motorola (16.1 percent), and Research In Motion (RIM) (8.6 percent) followed with Apple in fifth place.
Apple’s share between November 2010 and February 2011 jumped 0.9 points from 6.6 percent to 7.5 percent.
Top Smart Phone Platforms
Meanwhile, Google controls this segment with its Android platform with 33 percent, an increase of 7.0 points. Former market leader RIM, which saw a drop in support of 4.6 points, accounts for 28.9 percent.
Meanwhile, Apple comes in at number three with 25.2 percent, or a 0.2-point increase.
Microsoft (7.7 percent) and Palm (2.8 percent) round out the top five.
Going Forward
These numbers, which do not take into account revenue numbers, are good news for Apple and in particular, for Google, which is fast becoming the OS to beat. Not surprisingly, RIM looks ready to fall to third place.
At some point, Apple has a decision to make: They can either allow Google to maintain the lead and settle for second place, or they can take action.
Dropping the price of the iPhone is one way Apple could accomplish this; another would be to come out with a less robust handheld model, like an iPhone nano.
Either way, Google and Apple remain the two companies to beat.
What are your thoughts? Leave your comments below.
0
SHARES
FacebookTwitter
GoogleLinkedinPinterestWhatsapp