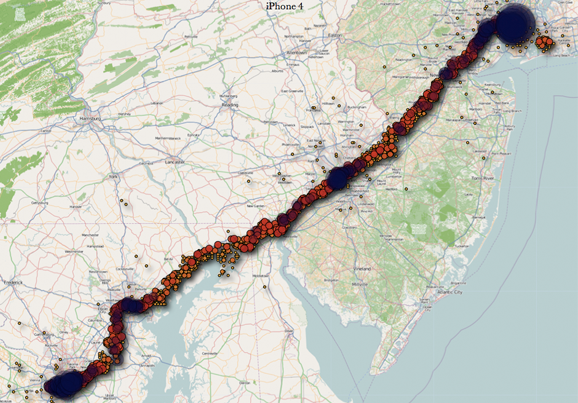 I don’t have a definitive answer, but my little-birdie-informed understanding is that consolidated.db acts as a cache for location data, and that historical data should be getting culled but isn’t, either due to a bug or, more likely, an oversight. I.e. someone wrote the code to cache location data but never wrote code to cull non-recent entries from the cache, so that a database that’s meant to serve as a cache of your recent location data is instead a persistent log of your location history.

Gruber “wagers” that the bug will be fixed in a future release of iOS, and we tend to agree with him. We’re unsure as to why Apple is yet to comment on this issue. If you are worried about your privacy and want to block this bug, a free jailbreak utility has been released to do so.
0
SHARES
FacebookTwitter
GoogleLinkedinPinterestWhatsapp