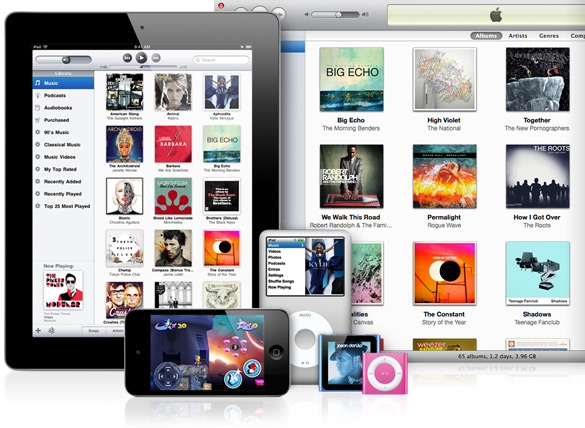 Apple’s iOS devices, which collectively sold about 200 million units to date, are affecting consumer electronics at large and not just smartphones and tablets. Add digital still cameras to the list of losers as plugged-in sources warn that camera vendors may ship lower than expected units in the second quarter. The reason? Apple’s iPhone and iPad:

Taiwan-based digital still camera (DSC) makers including Ability Enterprise, Altek, Foxconn Electronics (Hon Hai Precision Industry) and Asia Optical may see their DSC shipments in the second quarter lower than fore casted due to a shortage of small-size panel because of demand from Apple’s iPhone and iPad, according to sources from upstream players.

Virtually not a day goes by that we don’t learn about high demand for iOS gadgets affecting shipments of a particular rival product. Here, just a few examples…
We learned yesterday that sheer volume of Apple’s component buying is behind manufacturing woes plaguing Asustek’s Eee Pad Transformer tablet. Last week brought us the news that the Japan crisis and component shortages will most likely force vendors to push back their May tablet shipments.
The shortage of a number of components is in large part attributed to the fact that Apple locked down the supply chain by pre-paying billions to secure steady supplies, effectively blocking out competitors from getting parts in volume and at reasonable prices.
There are even whispers that Apple sent its managers to Japan immediately after the earthquake, tasking them to secure smooth shipments of key components even if it meant paying extra. We also know from Apple’s most recent 10-Q filing that they pledged to spend a whopping $11 billion for up to five month’s worth of components. With Amazon getting in the game with a tablet of their own, it would seem that in 2011 only a rare few top-tier vendors will be able to meet their targets as everyone else get reduced to extras in an Apple show.
0
SHARES
FacebookTwitter
GoogleLinkedinPinterestWhatsapp