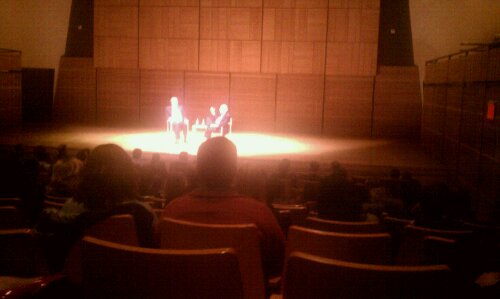 I’m here watching Walt Mossberg talk to Sony’s CEO, Sir Howard Stringer.  Stringer just said that their camera image sensor facility in Sendai was affected by the tsunami.  Getting image sensors to Apple will be delayed.
Update: Interestingly, Sony doesn’t currently make any sensors for Apple, though there are rumors that the the company was dumping Omnivision for the iPhone 5.  Perhaps this delay is a factor in the delay of the iPhone 5.
Update 2: The Street reported in April 2010 that the fifth generation iPhone would pack an 8 megapixel camera from Sony. The same report correctly predicted a 5 megapixel sensor for the iPhone 4. Perhaps Stringer’s comment is evidence that the next-generation iPhone will have an 8 megapixel camera. Boom.
0
SHARES
FacebookTwitter
GoogleLinkedinPinterestWhatsapp