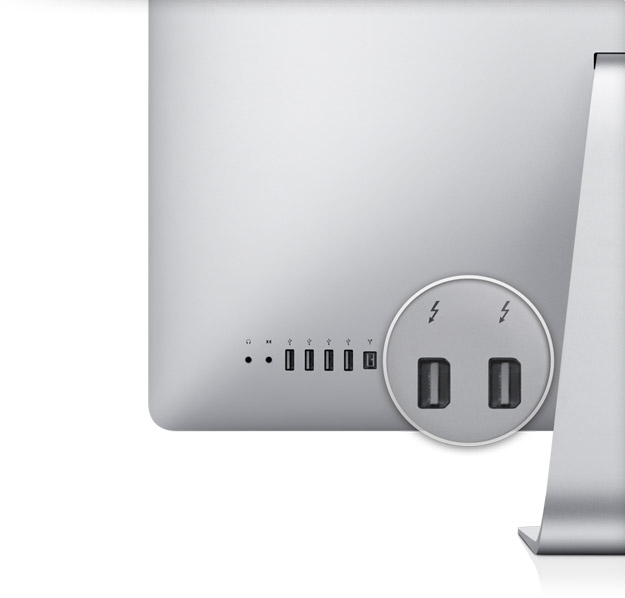 Now, using two Mini DisplayPort adapters plugged in to the 27-inch iMacs Thunderbolt ports, users can simultaneously output to two monitors in addition to the main built-in screen of the iMac. It won’t necessarily clog up your Thunderbolt ports, either, since the tech supports daisy-chaining. That means you should be able to connect to Thunderbolt-compatible storage and then on to a display after that, too, without any loss of quality.

Macrumors was able to verify that the Thunderbolt ports can still make the iMac an external display for Blu-ray or video gaming or a cable box.

An Apple sales representative has confirmed to us that the new 27-inch models do continue to support the feature through the new Thunderbolt ports.

Engadget tested out a dual external monitor setup, seen below. 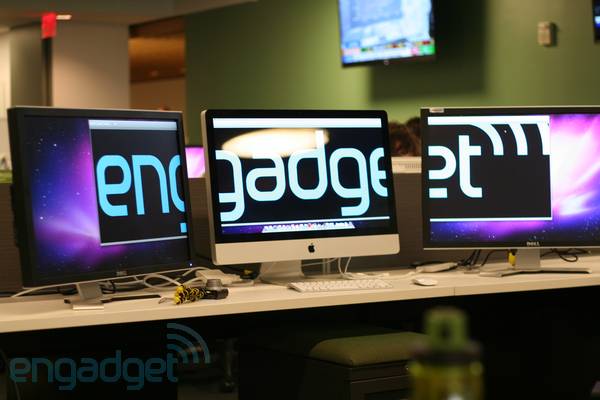 Also, MacStories explain that you can order a solid state drive in the second drive bay that will boot your operating system.