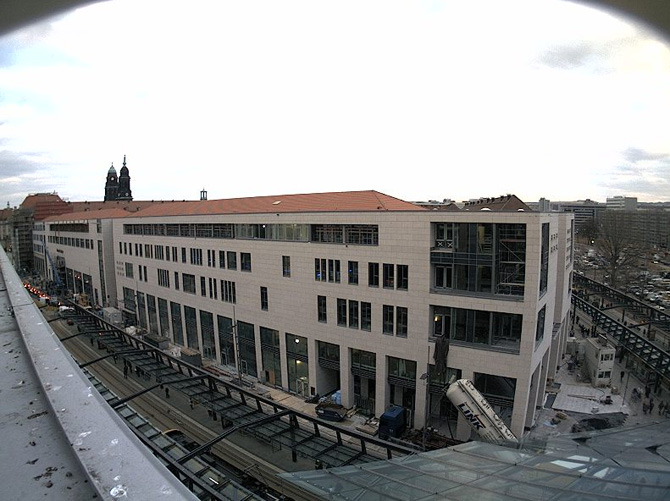 Apple is set to open a new high-profile retail store in Germany by the end of March. A series of leaked work-in-progress photos showing both interior and exterior reveal that a two-floor store will occupy a large space, suggesting that Apple plans to carry the full product lineup sold in their other big retail stores.  (inside shots below)
It’s not very often that we’re treated to photographs showing an upcoming Apple Store in the final stages of completion. Thanks to German-language fansite iFun.de which published a bunch of spy shots (original in German, Google translation), Apple is sparing no expense when it comes to its fifth retail store in Germany. Located on the ground floor of the shopping center in Dresden’s Altmarkt Galerie (Old Market Gallery, shown above), the store is said to separate the retail area from the offices and workshop space on the second floor. 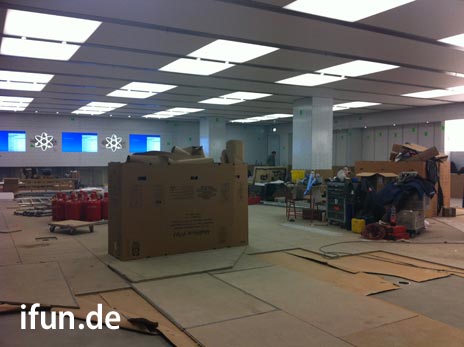 For those interested, the broader Dresden region is home to about one million people and the city itself was one of the most important strongholds of the communist East Germany. 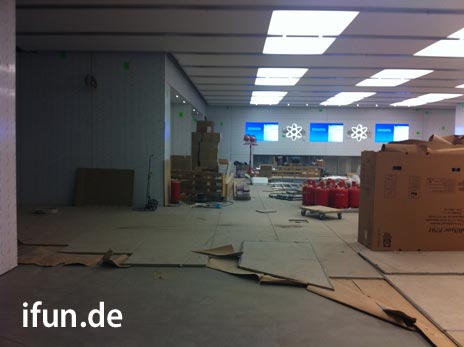 From the look of the Genius Bar and in-store signage, the Altmarkt Galerie store appears to be nearly complete. iFun noted that the city mall is scheduled to open doors to shoppers by the end of this month. The shopping center is currently undergoing an expansion to add 50 percent more square-feet. Note we couldn’t verify this with a 100 percent accuracy due to translation (if anyone speaks German, feel free to correct us in the comments).
0
SHARES
FacebookTwitter
GoogleLinkedinPinterestWhatsapp