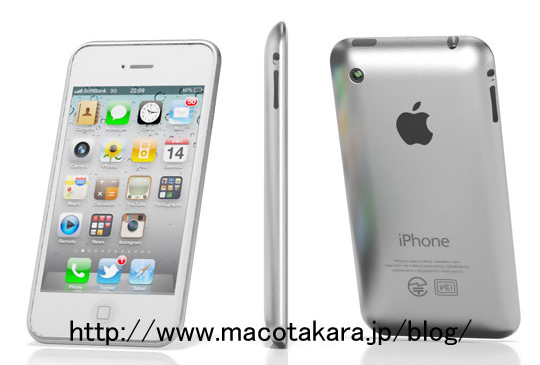 The iPhone 5 puzzle has received a few new pieces and they both point to the product launch not taking place at this year’s WWDC. Jim Dalrymple – usually accurate – from The Loop claims that no hardware will be unveiled at the World Wide Developers Conference: no iPhones, no iPads, no Macs. But how could Apple kill their annual summer iPhone launch pattern?

Apple’s apparent focus on software in its WWDC announcement backs up what my own sources are saying about the annual conference. That is, expect a software show in 2011, not a hardware event.

Apple typically sticks to patterns such as new iPods every September, new iPhones in June, now new iPads in March, and major Mac upgrades around October. This year is already different. Based on Apple’s WWDC press release and rumors from last week, Apple won’t be holding their annual March-April iOS preview event. The WWDC invite clearly says Apple will preview the next version of iOS.

At this year’s conference we are going to unveil the future of iOS and Mac OS,” said Philip Schiller, Apple’s senior vice president of Worldwide Product Marketing. “If you are an iOS or Mac OS X software developer, this is the event that you do not want to miss.

Apple even introduced a new Verizon iPhone 4 in January of this year and it only launched last month (February). Apple is also expected to release a white version of the iPhone 4 next month. These two iPhone 4 upgrades seem to allow Apple to push back the launch of their next-generation handset. Afterall, how could they release updated iPhone 4s in February and April then a whole new device in June? Apple on releasing a new iPhone in June after releasing the Verizon iPhone: “we’re not stupid.”
If it’s not coming at WWDC when will it? The usually well-sourced Macotakara.jp claims that the iPhone 5 is yet to hit the full production stage and says that the iPhone 5 will go into mass production late in 2011 for an early 2012 launch.

According to Chinese sources, had been rumored to be announced for the fourth quarter of fiscal 2011 iPhone 5, it does not begin to manufacture the parts, the launch seems to be lost in fiscal 2012.

This would be around a year after the Verizon iPhone 4 launch, creating a new pattern for iPhone launches. The site reiterates earlier claims of a new, aluminum enclosure which is possibly taking longer to produce. A chinese site recently claimed the new iPhone would go into production in Q3of this year – backing up an iPhone-less WWDC.
0
SHARES
FacebookTwitter
GoogleLinkedinPinterestWhatsapp