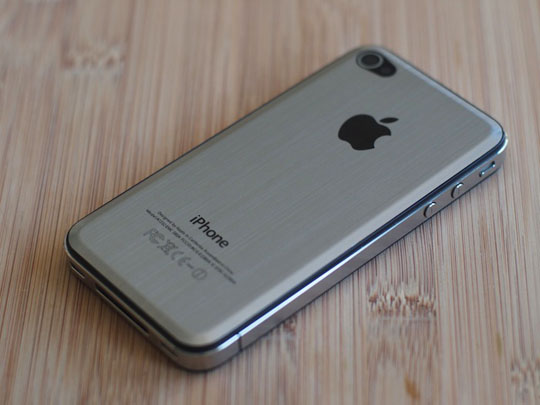 Image is a third-party “metal” back sticker for iPhone 4, not an image of the iPhone 5
A source from Foxconn who we believe to be reliable has provided us with some information about Apple’s fifth-generation iPhone. Most of the information lines up with past reports but we have also learned a few new details. Most notably is that the iPhone 5 has already been seen at Foxconn and is soon going into the normal mass production stages. In terms of design, the iPhone 5 is said to look fairly similar to the iPhone 4 except for two very important differences: materials and screen size.
The iPhone 5 will keep a relatively similar size and shape as the iPhone 4 but Apple has decided to move away from the back-glass enclosure found on the fourth-generation device and move to something similar to the back of the first-generation iPhone from 2007. Although some reports claim the iPhone 5 will adopt a curved metal back, our source says models have been floating around with a flat metal back. The material of this metal is unspecified. Our brains say aluminum but our hearts wonder if this could be Liquid Metal. 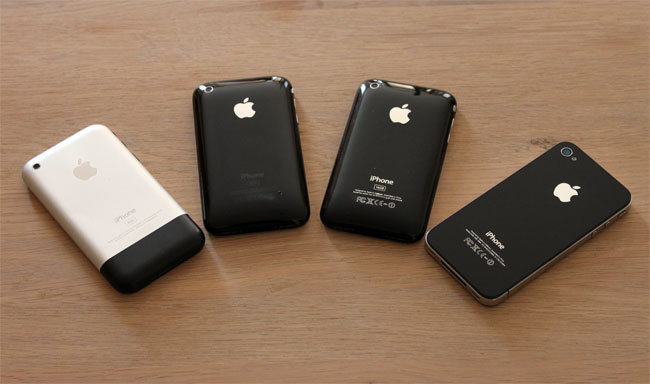 In terms of Apple moving from aluminum to plastic in the shift from iPhone 1 to iPhone 3G, if Apple keeps the same antenna design (which was not mentioned by sources) as the iPhone 4 and adds the flat aluminum back, this back should not cause any reception issues. The next major enhancement is said to be a larger display. An enhanced screen for the next-iPhone has been rumored, but an exact screen size has only been pinpointed by Digitimes (4 inches). Our sources do not have precise screen measurements for the iPhone 5 but are certain that it appears to be larger than the one found on the iPhone 4. 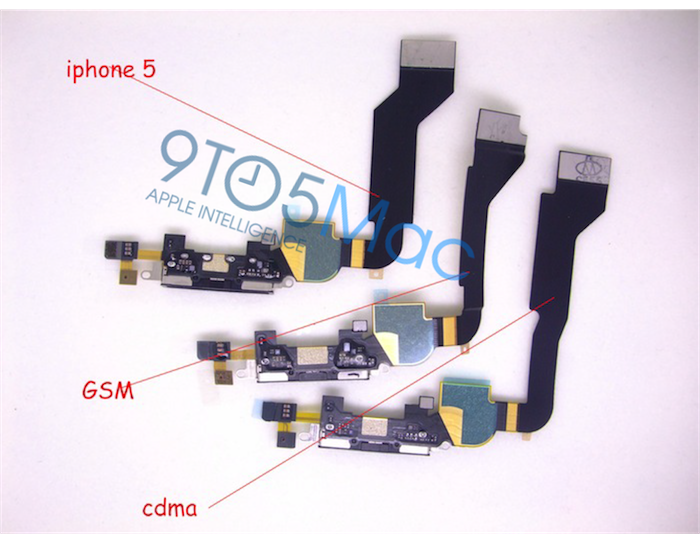 Purported iPhone 5 engineering images surfaced last week, which appear to backup some of the information that we have independently heard. Our sources do not have pictures of a fully manufactured device but were able to provide a photograph of the iPhone 5′s charging cable that compares the cable to that of the one found in the iPhone 4. The cable does not look very different than the iPhone 4 version, lending credence to a similarly-shaped device. (Note: iPhone 5 is for iPhone 5, GSM and CDMA are iPhone 4 parts)
We speculate that we’ll be seeing an edge-to-edge screen, like mentioned in other reports, in addition to a faster, dual-core chip to match the iPad 2. For those keeping track we were able to gather correct iPad 2 information prior to its announcement starting with cases, then the screen, finally culminating with the white iPad 2 digitizer. We’re doing something similar here with the iPhone 5, so expect some more iPhone 5-related information here in the near future.
0
SHARES
FacebookTwitter
GoogleLinkedinPinterestWhatsapp