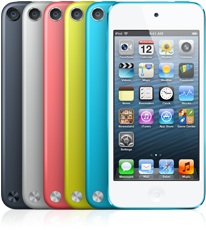 The site also mentions that Apple’s rumored cheaper iPhone will also be offered in a range of different colors. There is no indication on what colors the iPhone 5S might sport, but the current 5th generation iPod touch is available in black, white, pink, yellow, and blue, along with a special edition available in red.

Macotakara’s report adds that the iPhone 5S will be announced in July, with a release to follow in August. That is in line with previous reportsreleased earlier this month, which suggested an August release.

It should be noted that AppleInsider claims that the original article has been incorrectly translated and actually mentions one color in addition to black and white, making for a total of three colors rather than five.