Apple has launched a new page on its iTunes Store allowing users to easily donate money to the American Red Cross toward Super Typhoon Haiyan relief efforts in the Philippines. The donation page, which is accessible through the main Apple.com page and the desktop iTunes Store, permits donations at the $5, $10, $25, $50, $100, and $200 levels. 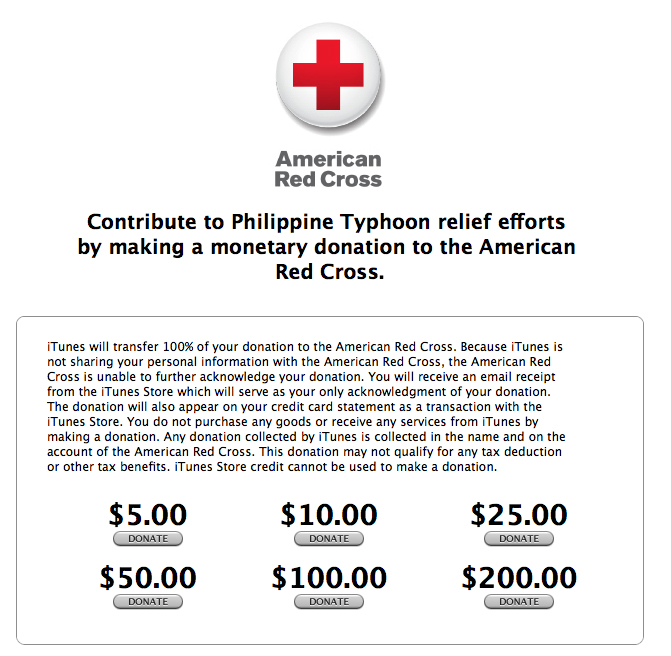 Apple will transfer 100% of each donation directly to the American Red Cross, allowing users to have their donations seamlessly billed to their existing iTunes Store accounts. With Apple currently holding over 500 million iTunes Store accounts with credit cards attached, the company has a very significant customer base that can take advantage of the donation program.

Apple has conducted several similar campaigns in the past, most recently in October 2012 following Superstorm Sandy, in March 2011 following the Japanese earthquake and tsunami, and in January 2010 following the Haitian earthquakes.