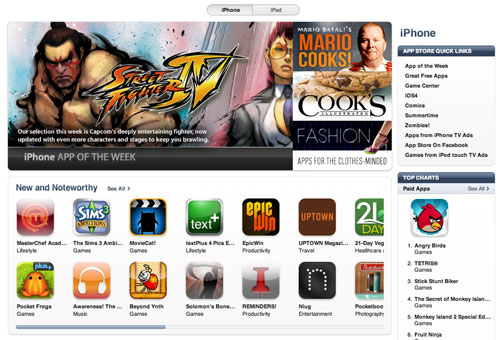 Earlier today, we suggested that Apple was likely planning an App Store for the new Apple TV which is based on iOS. It seems Steve Jobs was actually very open about this possibility in a Bloomberg Businessweek interview earlier this month.
What Jobs didn’t say is that Apple wants to become king of the living room. He tells Bloomberg Businessweek that when the time is right, Apple could open an App Store for the TV that could do for television sets what all those apps have done for the iPhone.

An App Store for AppleTV-specific apps could increase the utility of what initially seemed a disappointing upgrade. Some are already excited about the implications that AirPlay will have now that it seems likely that any H.264 video application could stream content to the Apple TV.