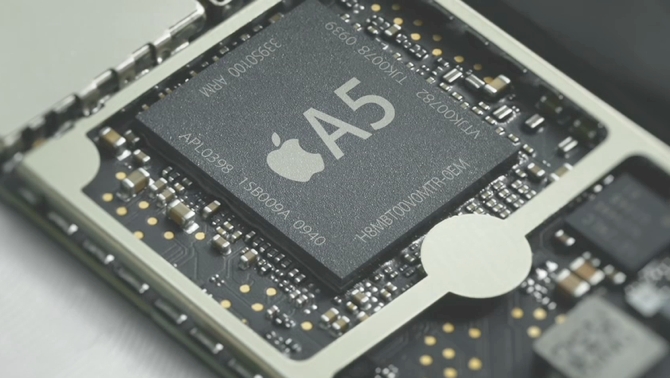 The results of the GL Benchmark tests pitting a bunch of GPUs show that Apple’s A5 chip beats Nvidia’s Tegra 2 silicon to the graphics punch. Apple advertises the A5 silicon as being twice as fast than the previous generation with up to ninefold jump in graphics performance. But how was Apple able to beat Nvidia’s graphics wizards at their own game?
Tiernan Ray over at Barron’s has an interesting explanation – Apple’s chip is two and a half times larger than Nvidia’s. More precisely, the A5 measures 122 square millimeters versus 49 square millimeters for the Tegra 2 chip. No matter what people think, size matters. Read on…
The Tegra 2 chip is manufactured on the 40-nanometer process, while the A5 is fabbed on Samsung’s 45-nanometer process. As a result, features on the Apple chip are physically larger.
Still, the difference in size does not explain the performance discrepancy. While both chips run an ARM-designed Cortex-A9 processing core, the Tegra 2 is based on Nvidia’s GeForce versus Imagination Technologies’ PowerVR SGX543 on the A5 chip. Both GPUs are dual-core and support hardware-optimized HD video decoding and encoding, 1080p video output and other nice features.
If the GL Benchmark is anything to go by, then the SGX543 is simply a better performing GPU than Nvidia’s GeForce GPU. Nvidia plans to narrow the gap with the quad-core Tegra 3, codenamed Kal-El, due in the fourth quarter of this year with five times the performance of Tegra 2 silicon. 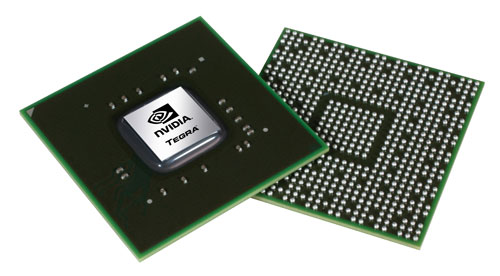 Apple can afford to use a larger chip, which delivers substantially better performance, as it pays a fraction of the price it would pay if it used an off-the-shelf solution with similar performance.

A Tegra 2 system-on-a-chip is a commodity item found in many smartphones and the vast majority of tablets. Apple’s A5 chip powers only the iPad 2 (and soon a next-generation iPod touch and iPhone 5). The two chips have been engineered in-house and manufactured by outer parties. Interestingly, both parties are turning to Taiwan Semiconductor Manufacturing Company (TSMC) for its 28-nanometer process. Nvidia’s partnership with TSMC is confirmed and Apple’s is only rumored, but likely true.
In Apple’s case, the TSMC move will also sooth worries that Samsung – which competes with Apple on everything from smartphones to tablets to notebooks (and successfully, too) – is able to keep up with gadgets from Cupertino because they have early access to Apple’s silicon designs. 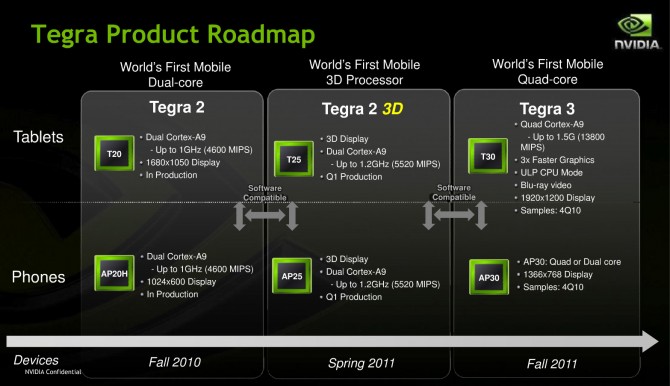